After Angular JS saw the world 11 years ago, lots of websites that were built with the help of this framework appeared. In this comprehensive review, we’ll dive into Angular app examples in greater detail, try to find the key benefits and disadvantages of this incredible programming framework and find out why apps built with Angular are so popular. 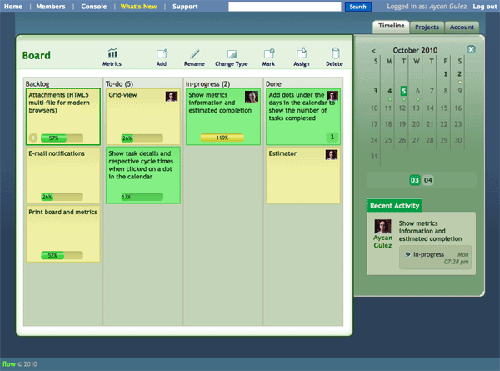 To make the website run smoothly, the developers use the Javascript framework. The main distinctive feature of this programming language is that it provides a broad selection of superb interactive options. Angular JS is the JavaScript framework that was launched by Google.

Being a simple technology that offers tools for web application building, it also helps in the design and organizing the underlying code. The first version was developed by Google 11 years ago and became a breakthrough in the area of mobile application building. Thanks to this solution, developers from all over the globe could create simple apps easier and faster. The newer version, Angular 2 hit the mobile app development market in 2016. Its functionality allowed developers to build multiple platforms faster.

Its environment allows them to create progressive web apps. Even inexperienced developers can use this tool because it doesn’t require specific skills to use it. It allows them to build easy templates much quicker. However, developers are also allowed to extend the capabilities of the template language with other elements.

Here are the key benefits of this technology:

The Most Vivid Angular Application Examples

Angular is used by a wide array of companies. Let’s review the most successful examples.

You will hardly find a user who doesn’t have a Google account today. But have you ever thought that this fascinating mailing tool was built on the basis of the Angular framework? Gmail is the most popular email service today. It supports more than 100 languages and has 1.5 billion users.

This platform hit the market three years ago and provides users with access to millions of videos and TV shows. This tool is also made with Angular. Today, it is available on a number of platforms, including Chromecast, Android, Roku OS, Xbox, etc. Moreover, it provides users with a wide array of superb features. They can record content without any limitations.

It goes without saying that distant learning is the main trend of the 21st century. Simply put, different online courses are gradually becoming more and more popular. Udacity is the most brilliant resource in this niche. The main page of this service is built on the basis of Angular 4.4.4. Udacity covers an awful lot of topics including data science, digital marketing, programming, online marketing and much more! Its courses are in great request among those who want to study online!

It’s a superb platform where millions of freelancers from all over the globe find their jobs. Simply put, it’s a place where an employer can find an employee at absolutely any moment. This well-known platform is also built with the help of this tool.

New internet payment options appear on an ongoing basis, but PayPal is the most popular one. Users from almost all countries in the world can use the benefits of this internet payment service. However, it is also built on the basis of Angular. Thanks to this framework, PayPal provides the safest way to send and receive money. Users of this platform can make online payments in a matter of seconds!

This is another example of the platform that was developed with the help of the Angular. It’s a popular British daily newspaper that has approximately 300 million monthly users. More than 20 thousand photos are added to this newspaper on a daily basis. Their grid app is working on the basis of Angular to make the process of adding page content faster and easier. Its main mission is to store and display a wide array of imagery content.

The brand Nike needs no introduction. However, this company is also known for developing superb sport innovations. Their official eCommerce website is also built on the Angular framework.

This tool is built by Microsoft, the leading software development company. It’s a free video game streaming site that is compatible with iOS and Android devices. This tool also belongs to the list of Angular apps. The main goal of Mixer is to provide its users with the opportunity to view streams, comment them, and create co-hosting from your channel. Thanks to this tool, video game streaming became much easier.

Being a superb tool for finding unique music videos, Vevo is also developed using Angular. This platform is very easy to use and allows you to listen to music at absolutely any moment. Moreover, users here can interact with each other.

The website of the best toy manufacturing company uses Angular too. The company started selling online in 1996 but since that moment, their website underwent a number of changes. Thanks to Angular, it became more interactive.

This list is not full because we named the most widely used platforms. However, we can see that the power of Angular is out of the question. Today, it’s a must-have solution and one of the most effective tools in the area of app development.

« How to Improve Your Business’ Supply Chain: A Guide
3 Reasons You Should Create An Online Course Rooted In Your Expertise »