Last week, “Chit Chat for Facebook” launched a highly anticipated update of their Facebook Messenger client. As a frequent Facebook chat user where so much has changed over the past couple of years, I found this update a little overdue – their last major update was way back in 2011.

Despite my grievances, I was invited by the Chit Chat team to download and review their Facebook chat app. And, so here we are – needless to say, I was keen to see what has changed since I last tested this application back in 2010.

In the intervening period between my last test of Chit Chat for Facebook and this new review – a lot has changed. Is “Chit Chat for Facebook” still the best way in which to connect to Facebook chat on your desktop? Indeed, when Chit Chat first launched it was the only way in which to connect to the Facebook chat network, now there are lots of alternatives, including an official Facebook Messenger application.

So without further delay let’s check out what’s changed and how this Facebook chat application stacks up against its competition.

The first thing that I noticed when logging into your Facebook chat account with Chit Chat is that the interface has been improved dramatically, it no longer looks like an application bundled with Microsoft Office 1997 – instead it looks like far more artistic. 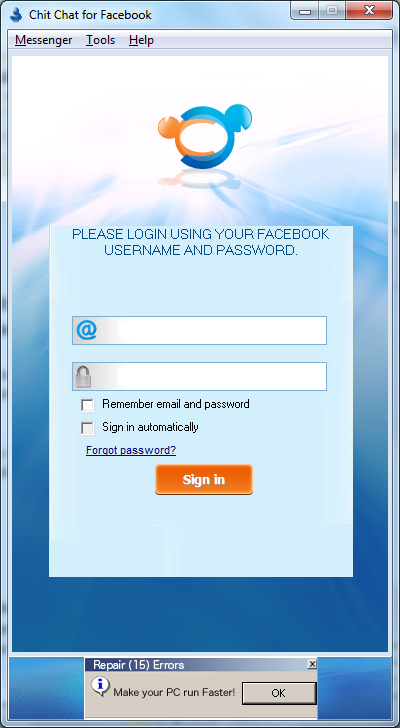 For example: Green, yellow and red dots have been replaced by an artistic packman like “C” shape. In short, the changes make the Facebook chat login application easier on the eye and a little easier to use.

On a personal level, I like it and find the change and improvement that hasn’t detracted from the core Facebook IM experience.

Is It Better Than Before? 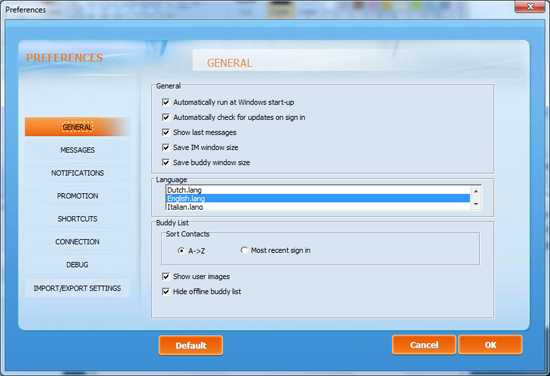 In a word – yes. For those of you that previously tried “Chit Chat for Facebook” and didn’t like it, you may want to check it out again. It’s more stable, attractive and offers more and updated features – like proxy support, status alerts and language options.

One thing in particular that I liked was that the status alerts have been changed significantly.

The previous version let you know in a separate window each contact that signed in and out – as a result you had lots of notifications going up and down your screen every few minutes. Frankly, this was considered annoying. This new Facebook download chat app however, has aggregated the status changes into one message window which is far more attractive. 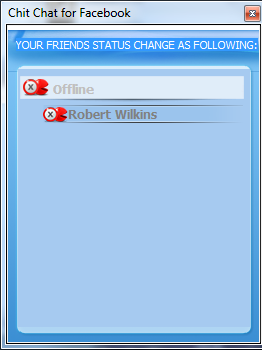 Many previous users of “Chit Chat” experienced problems logging into Facebook chat each time Facebook released an update to this Facebook chat API. Whilst the Chit Chat development team have fixed many bugs apparently relating to the login process, they’ve completely redesigned the Facebook login core. As such, in the event of future connectivity problems, they can update the “core” remotely such that you can continue to connect to Facebook chat without issue and without having to reinstall their Facebook application.

What Else Has Changed?

Facebook Messenger Often Doesn’t Work On Windows XP Does This?

Chit Chat for Facebook is 100% compatible with Windows XP, ME, 2000, Vista and of course Windows 7. Perhaps, more importantly, it doesn’t require Microsoft’s .Net Framework to be installed in order to use this messaging application.

So, How Does This Compare to Facebook’s Official Messenger Application?

Chit Chat offers many benefits that the official client doesn’t offer – for example online/offline notifications, emoticons, shortcuts and customizable sound alerts when a friend logs in or out.