This article is for anyone who is curious on the process involved in creating Android Apps from the viewpoint of a complete newbie, However if you’re a seasoned Android app developer, you may gain an insight towards the end of the article.

As you are aware, Android Apps, as well as iOS Apps, have been increasing in popularity over the past five years. And you may have realised that it’d be fun and exciting to create one for yourself, or for a specific purpose. Hold that thought for a moment as here in this article we’ll point you in the right direction for when it comes to designing Android apps, which differs somewhat from iOS design.

Building an Android App is neither hard nor easy; however some good planning does need to go into setting up your App.

What you’ll to do is download and install Android SDK along with the ADT plugin for Eclipse, and download the latest SDK tools and platforms via the SDK manager. You can even use Google ADK and Arduino, but we’ll focus more on Android SDK. 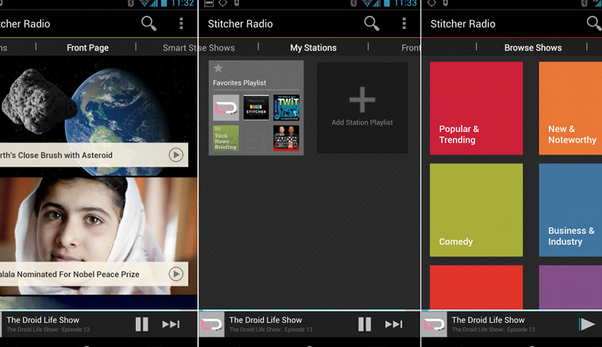 Creating an Android Project through Eclipse

If you prefer, you can also use command line to create a project but for the purpose of this article we are going to stick to using Eclipse.

Assuming that you’ve created your project, the next step to take would be to run your app. You can run your app through an actual Android device, if you do not own an Android device; you’ll need to run it on an Android emulator. You’ll also need to either use Eclipse or run it through command tools, the choice is yours!

In this example we will run it through an actual Android Device and use Eclipse. If you don’t possess an actual Android device, you’ll need to learn how to create an Emulator, by creating and Android Virtual Device or AVD, as it commonly known as.

Next enable USB debugging on you Android device, usually found under “Settings”, under that “Applications”. “Development”. On newer versions of Android 4.2 and above, these Developer settings are hidden so you’ll need to go to “Settings” then “About Phone”, then tap seven times on “Build number”. After unlocking the “Developer Options”, return to the main menu and follow the previous instructions.

What you’ll want to do next is run the App from Eclipse. Simply open your saved project file and click the green play button from the toolbar. And proceed to run the Android Application.

At this point, Eclipse will install your app to your Android device and will run it.

At this point you can begin to build your user interface which is best to plan beforehand. You’ll see why when you view the Graphical User Interface, where you’ll be able to view different “views and groups of “views”.

Another tip is to familiarise yourself with list of XML terms, provided by Android, that corresponds to the subclasses or “View” and “ViewGroup”. This will assist greatly in building your User Interface in XML by using a hierarchy of User Interface elements.

You also need to create a Linear Layout, add text fields, string resources and buttons. Followed by designing the input box screen and building a number of activities, to action a specific functionally, action bar design and so forth…

There are some great video tutorials on the web on the specifics of crafting Android apps, which is too large to cover in this article alone.

There is talk about Google tools getting more into Android Design, which is something to look out for. For instance, using Google’s Nexus devices to run the Android L Beta, which also permits you to get a better idea on the various work flows, platform conventions and best practices. Many Android Apps enthusiasts believe this is the way it may be going as of the writing of this article.

Our advice would be to familiarize yourself with a platform, and get used to following existing patterns, especially of knowing when to follow them and when to break them.