With the advent of Google Chrome and Mozilla Firefox, Microsoft has been trying really hard to get back in the browser industry but have failed miserably in doing so. Internet explorer has become a joke to the internet community. The users as well as the developers have hated Internet Explorer for a very long time now. Nonetheless, Microsoft is not giving up and they are trying their best to bring it up to par. In order to restore their lost faith with us, they have come up with something new which hopefully is in the right direction. Ladies and gentlemen, we present to you Modern.IE. 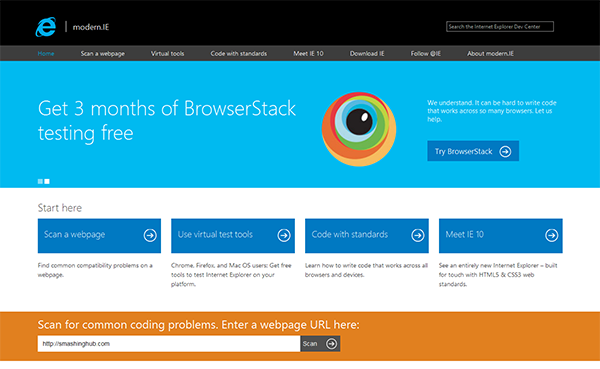 Modern.IE is still in Beta mode though but it works flawlessly enough for you to do your work as developers and it to do its work as a detection mechanism. This particular mechanism should take care of the compatibility issues once and for all. I wonder though, there are many gifted programmers working with Microsoft and they are well aware of the compatibility issues too so then why can’t they take care of the issues themselves. Should be fairly easy and quick don’t’ you think? 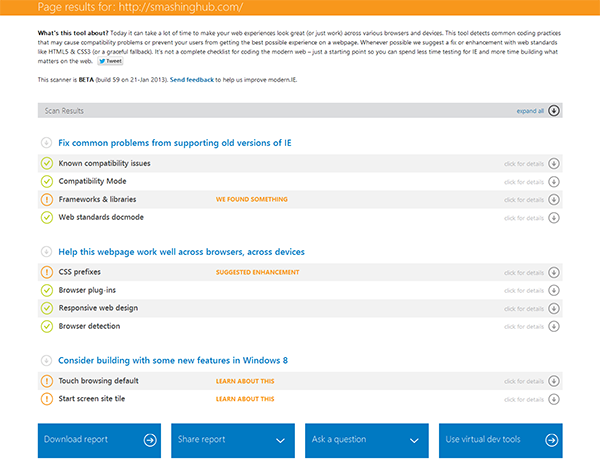 Another interesting aspect is that the Modern.IE offers three months of free access to BrowserStack. It is a virtual browser testing site whereby you should be able to test your website on multiple browsers. The cherry on top is that Modern.IE has plug-ins available for Chrome and Firefox which means that you should be able to access BrowserStack via your personal favorite browser.

Hope this helps Internet Explorer in the positive.