Over the past few years, more and more consumers have switched off their desktops and have started to use their mobile devices to access the Internet. This has helped to greatly increase the popularity of mobile applications. Mobile applications are capable of serving various purposes, including allowing consumers to shop for household goods, manage their health, and even for entertainment. Several major companies have managed to strike it rich by developing applications for mobile devices. These companies will be explored in depth below. 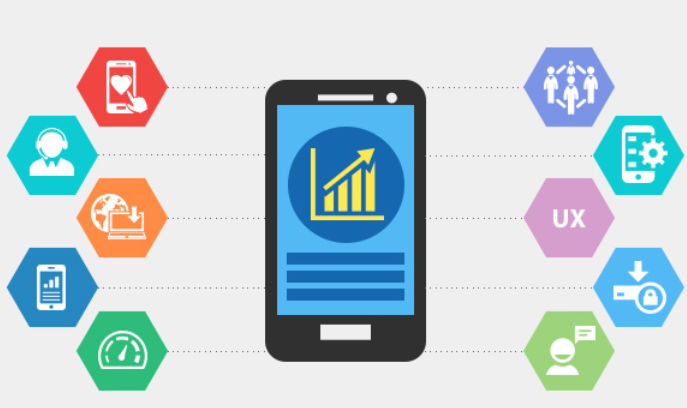 Mobile gaming has undoubtedly grown in popularity. And, it is no secret that Americans have a major obsession with their celebrities. Glu Mobile innovatively combined both aspects of American society to engineer mobile video games with great success. The company is best known for their business relationship with various celebrities, including Kim Kardashian, Gordon Ramsay, and even Taylor Swift. The growth of mobile gaming has helped to increase sales of other businesses, such as OpladerShoppen and even Apple.

There are various mobile messaging apps and KIK is undoubtedly one of the most popular. According to statistics, the mobile app receives more than 17 million unique visits each year from users over the age of 18. Of course, the messaging application cannot compete with Facebook, which quadruples these figures. Nonetheless, Kik manages to continue growing and has ultimately made a name for itself amongst mobile users.

Apple is usually only praised for their mobile electronics, such as the iPhone and iPad. Beneath all of the hype, the company has been working diligently to develop many innovative mobile apps, which have some major implications. This is especially true, when it comes to Apple’s Health app. The app gives consumers the ability to monitor their health directly through their smart phone. The company has even decided to make it possible for consumers to sign up to become an organ donor through the mobile platform. Suffice to say, Apple continues to revolutionize the world one app at a time.

The reason for Netflix’s success is no secret. The company provides consumers with the ability to watch scores of movies and television shows directly through their televisions, smartphones, tablets, and computers for a low monthly fee. Of course, none of this would be possible with the Netflix app. Since the mass majority of Netflix customers access the content through a mobile device, it is pertinent for the company’s app to be up to par and it is. The company’s bottom line has continued to increase and this has helped to push their stock to new heights. Suffice to say, it is one of the most popular mobile apps on all digital marketplaces.

Until recently, Niantic was overshadowed by its competitors. However, the recent release of Pokémon Go has helped to push the company into the spotlight. If you’ve turned on your television or have accessed a news website in the past week, it is almost certain you’ve heard about the new game. The staying power of Pokémon Go remains to be seen, but the app undoubtedly entered the market with a bang. For that very reason, Niantic has quickly ascended the ladder to become one of the most successful app developers in recent years.