Almost everyone has heard the old refrain that, “The customer is always right.” The commitment of a business to customer satisfaction is a very strong sign as to the ultimate success of a business and businesses go to no end of bother to ensure that their clients remain satisfied.

Perhaps the best way to ascertain customer satisfaction and recruit new clients is by having a personal rapport with them. Of course, for anything other than a very small business this would be nigh on impossible. Consequently, over the years methods were developed to interact with clients so as to implement their valuable feedback to their business. 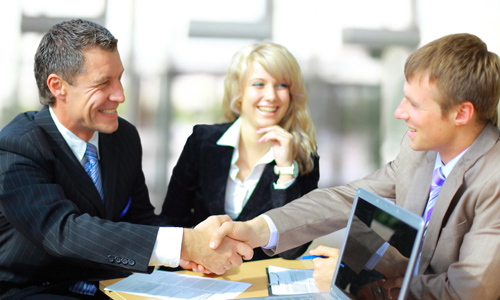 What better way to receive client feedback and interact with them than by contacting them over the phone and surveying them? Talk about the best laid plans of mice and men…

I think it would be fair to say that upon hearing the words “phone” and “survey” used together, most people run for the hills. Why is it that they always tend to call at the most inopportune time? It’s almost as though they have a camera in your house and know when you are juggling ten tasks simultaneously. Phone surveys even have the dubious honor of being immortalized in an episode of Seinfeld.

And Jerry’s response to the surveyor is what most of us would like to do. Even if we are polite enough to put the poor surveyor out of their misery and accede to their request for a few minutes of our time, can you put your hand on your heart and say that you honestly gave an honest answer rather than an expedient one? Do you believe this is good client interaction?

You actually wouldn’t believe it; my phone just rang with a recorded request asking whether I would participate “in a short survey about weight loss.” Thankfully I don’t have a problem hanging up on a machine.

Possibly in an attempt to put a human face on the survey process – after all, it’s more difficult to reject someone to their face, the door-to-door survey was utilized as a means of interacting with clients. Unfortunately, with all the people of questionable character haunting society, are you willing to let an unknown stand at your front door so you can answer their questions?

And let us not forget that the task of the surveyor isn’t exactly that safe given the caliber of people at large in society.

So the two traditional forms of client interaction – phone and door-to-door surveys have serious limitations, yet they have been in use for decades and continue to be utilized.

There must be a better way and, in fact, thanks to the advent of a technology with which we are all by now familiar, there is.

Mobile survey apps have evolved out of the proliferation of mobile computerized technology in the form of smartphones, tablets, and phablets. These devices now have more power than the average computer of yesteryear yet they are portable, user-friendly, and the perfect tool for conducting a survey. 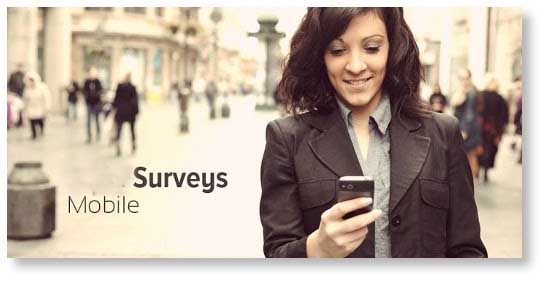 Armed with a mobile device to which a mobile survey app has been downloaded, surveyors are armed with a potent weapon for extracting relevant and accurate information from clients and interacting with them in a non-threatening and fun manner.

Mobile survey apps overcome virtually every pitfall associated with traditional forms of survey. They allow the surveyor to approach the interviewee on neutral territory resulting in them not feeling threatened by having their personal space invaded. For example, a survey about mobile devices could be conducted outside the store of a mobile carrier. The surveyor would be assured that people entering or exiting the store meet the survey criteria and chances are they would respond positively to a request for a survey.

With a good rapport quickly achieved between surveyor and interviewee, chances are that responses will be accurate and that the business-client interaction will be a positive one.

Mobile survey apps are also cheaper and easier to carry out than traditional forms of survey. Surveys can be monitored from anywhere in the world with an Internet connection and should clarification be required, it can be requested in real-time.

The use of these mobile devices also broadens the scope of the interview as it is now possible to use video clips and other interactive devices to maintain the interest of the interviewee. In short, people feel comfortable with this technology; consequently it is a great prop for helping to conduct an interview.

Mobile survey apps have been heaven sent to revolutionize the survey industry. The uptake in this form of survey is phenomenal as the fact is that when you build a better mousetrap, the world will beat a path to your door.