There has been some really good html/css frameworks being released in recent times. They make designing much easier with the tools they provide. Some frameworks even has a few templates which can be modify and fasten our design speed. This list today represents what I think will be popular and useful html css3 frameworks for 2014. My predictions are based on how popular they currently are and how useful most users find them to be. If you have more to add to this list, please put them in the comments for the rest of the community to know. 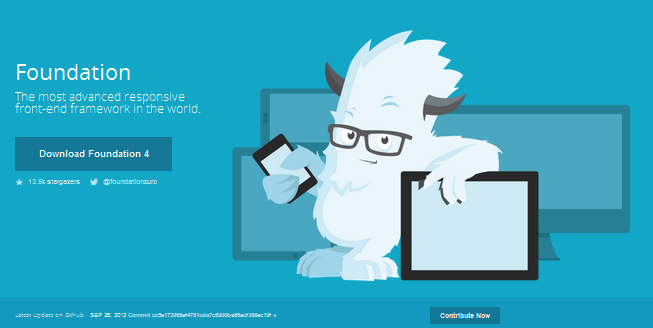 Foundation framework is one of the more popular choices in 2013 for design folks. It has a few cool templates that you can start to work with so that is a real big bonus as well.

A new comer to the html css framework group is SemanticUI.  It has lots of cool support for stuff such as 3D animation, accordion elements etc. According to users, this framework runs extrememly smooth even though it is not even version 1.0 yet. I think Semantic UI will be popular in 2014.

Another super popular frontend framework is Bootstrap. It is neck at neck with Foundation as the preferred framework for 2013.  Bootstrap has a steeper learning curve but offers more possibility once you have some hands on experience with ti. Currently, Bootstrap 3 has been released. Check out some bootstrap 3 tutorials and examples here.

While the above are great for develop websites, application is another matter altogether as you need different tools. For example, the element don’t usually adjust for touch in the normal html css frameworks but you do get this in Rachet.

Gumby uses Sass as its CSS preprocessor. There has been some strong arugments over whether Less or Sass is better but each has its own supporters. If you prefer Sass, Gumby might be a better choice for you. 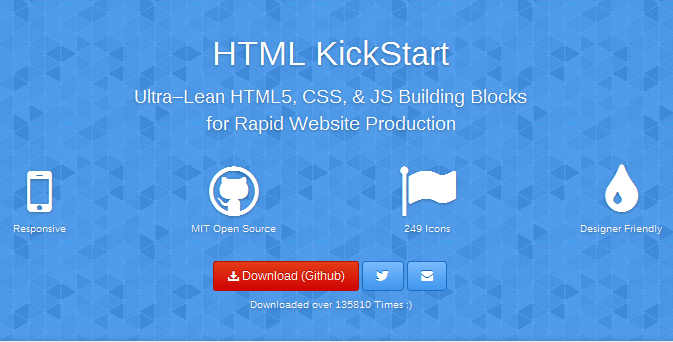 HTML kickstart is a more light weight framework that is suitable for designers who might not be as strong technically as actual coders/developers.  If you know just CSS and some html, you can use HMTL kickstart.

Clank is another HMTL/CSS framework that is targeting mobile designers or developers. Using Scss as the CSS preprocessor, it allows fast development for tablet and mobile devices.

#8: HTML/CSS framework for gird based websites 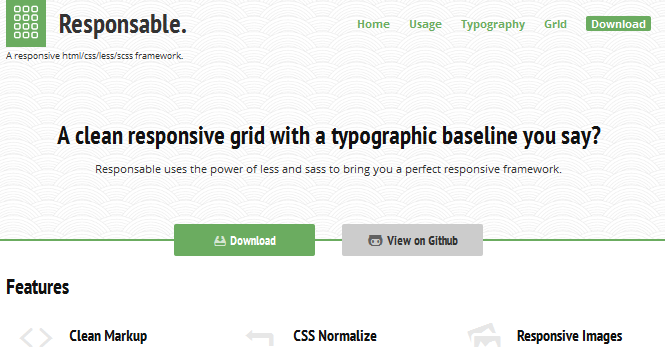 Responable is an interesing niche framework as it targets designers who want a grid based website. There is already a baseline grid being incorporated into the CSS framework so you can start off much quicker8