7 Innovations Necessary for the Success of iPhone 5

iPhone – A name that took the mobile industry by storm when it launched in 2007. It totally revolutionized the cell phone industry. I still remember watching Steve Jobs(Apple’s Late CEO) presenting the iPhone(1st generation) and demonstrating the iPhone’s features and showcased the unique qualities of the iPhone. Over the years,each and every successor of the iPhone has been more successful and made better than it’s predecessors. Apple was supposed to be unveiling the iPhone 5 last year,as the media reports suggested but as we all know, it was the iPhone 4s that was unveiled. Many people were surprised and not happy with the iPhone 4s,mainly because of its similar looks to the iPhone 4. Although, Apple didn’t change and improve the look and shape of the iPhone 4s,they did bring changes internally in the iPhone 4s by adding an 8MP camera, Dual Core A5 chip, 1080p HD video recording, iOS 5, iCloud, Retina Display and the most impressive feature amongst them all, Siri. Siri is an  intelligent personal assistant that answers almost all your questions and provide assistance whenever needed.

The iPhone’s design has played a major role in its success. Ever since the first iPhone was unveiled,the first thing that came into the minds of the 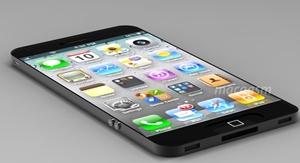 people was “It’s so different than the other smartphones”. This is something that made the iPhone standout among all the smartphones at that point of time. As time passed,slowly and gradually every mobile company came out with their rip-offs of the iPhone,by releasing phones after phones that looked and felt the same with the touch screen and home buttons. Now,Apple has to do it again.

They have to come up with a unique design again that will just make the iPhone 5 something that people look at and just say,” WOW”. Thats what I want. 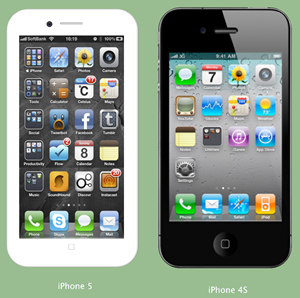 A South Korean media outlet has said that Apple is putting in orders with suppliers for a 4.6-inch Retina Display. This may allow the company more room to update the chips inside the new iPhone, perhaps adding the A5X. This means that we the iPhone 5 can really be worth the wait!

4G has been something that has been missing from the iPhones for some time now. One thing  that disappoints many iPhone users is that the

iPhones still have not been integrated with 4G LTE,whereas many other cell phone companies have successfully managed to come up with mobile phones that have 4G LTE and one of the key reasons for the success of those phones is that people want to explore the 4G technology. They don’t want to be restricted to the 3G. One thing I am sure of is that if Apple still doesn’t have 4G technology in the iPhone 5, I doubt it’s success. I think that will not be the case because as the news suggests,Apple is definitely going on with the 4G technology. As we saw earlier this year,Apple’s new iPad has 4G technology and I doubt the fact that they won’t integrate their next iPhone with the 4G.

Qualcomm recently unveiled the fifth iteration of its new chip, which supports TD-SCDMA, TD-LTE, HSPA+, EV-DO, embedded GPS, and LTE on TDD and FDD networks worldwide. The chip works with Android and Windows 8 devices, but there’s a great chance this will be the chip inside the iPhone 5. 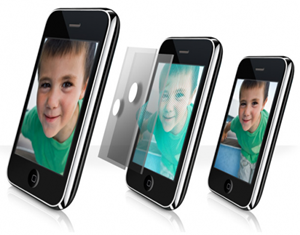 more energy efficient than the old Super AMOLED displays. Apple is reportedly testing the iPhone 5 prototype with an A5X chip, which is the quad-core graphics processor used to power the Retina Display in the new iPad. On April 4, the Korea Times reported that Apple is interested in switching from LCD to OLED displays for its next round of iPhones and iPads.

It would be a great step towards the future of iPhones if Apple did choose the OLED displays for it’s next round of iPhones and iPads.

As we all know, iPhones don’t have a long lasting battery life and have to be charged within 8-12 hours of use of if you’re going to be browsing the internet on it, clicking photos,watching videos,playing games,making calls. All these activities drain the battery alot. This is one of the reasons why many people don’t prefer the iPhones

but there’s a good news for all those people who have been disappointed with Apple’s ignorance towards improving the iPhones’ battery life. They are going to be improving the battery life of iPhone 5,although it’s going to be tough making a long lasting battery considering the 4G LTE technology in the phone.

If they can make a long lasting battery,they may attract a larger amount of customers as well as making the already iPhone users happy. 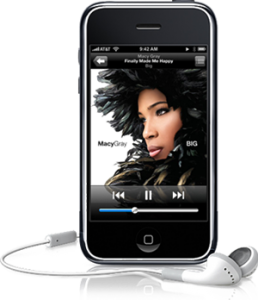 Movies,Pictures,Videos,Apps,Music in their cell phones and particularly the iPhones. The iPhones,as we already know only provide,16,32 or 64 GB of storage to iPhone customers which is nowadays,not enough. Perhaps, a 128 GB iPhone? It  would be great for the people who want more

storage and want all their Movies,Apps,Music etc on the go at all times with them without worrying about storage.

This is something I am really looking forward to. Siri has been a great feature in the iPhone 4s and has been the reason for many people including me for buying the iPhone 4s. Just the thought of a virtual assistant that you can dictate whatever you want to and can send it as a text and can 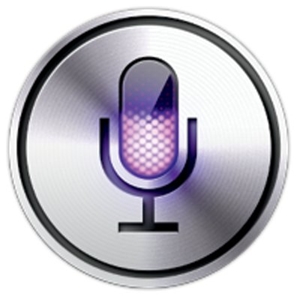 make a call for you just by mentioning the name of the contact and play you music,even asking about the stocks,weather, set reminders excites me. Not all people know that the version of Siri on the iPhone 4S is a beta version of it and the full version of it is yet to come. We can expect a greater,better and even more helpful Siri in the upcoming iPhone 5 as it’s something that will definitely give the iPhone 5’s sale a boost.