Travelling to Europe, USA, Asia and other continents is top on most people’s vacation list. However, outside of the natural elegant places to visit, there are a number of mysterious places, fact or legend, which intrigues scientists to this day. This collection is taken from Patterns in Nature: Mysterious Earth from National Geographic. 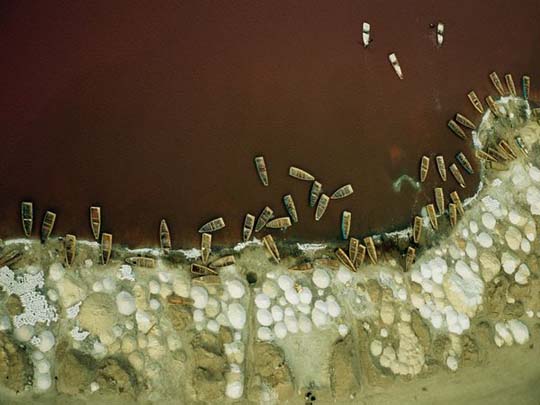 Salt piles line the shoreline of Lake Retba, Senegal. The high salinity content of the lake provides a livelihood for salt collectors. 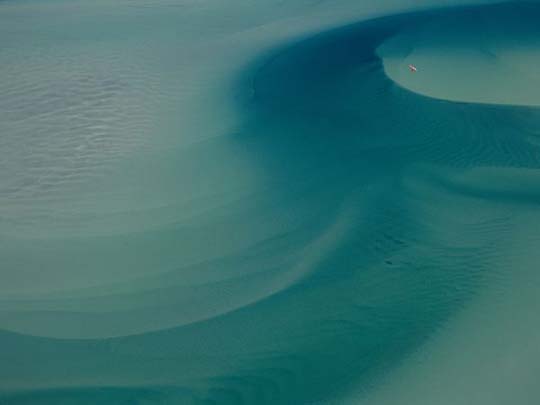 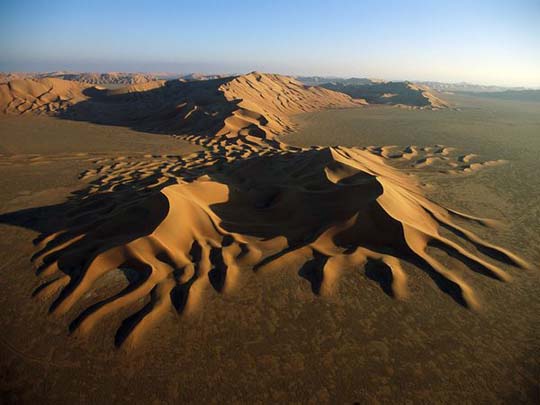 The borders of four nations—Saudi Arabia, Oman, Yemen, and the United Arab Emirates—blur beneath the shifting sands of the Rub al Khali, or Empty Quarter, desert. 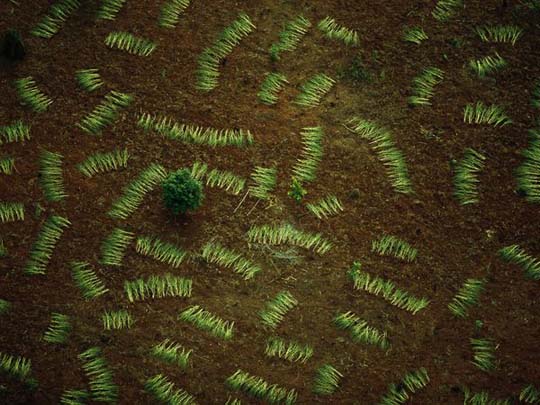 Fronds dry in neat lines around a tree in Kenya. 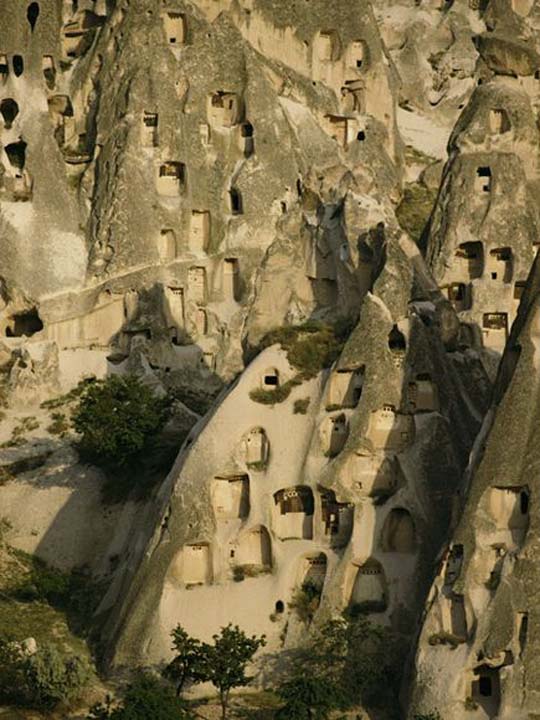 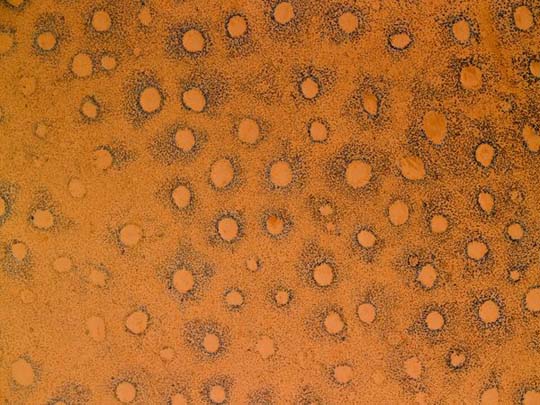 Fairy circles, or grassless patches, spot the Namib Desert in Namibia, seen here from an airplane. 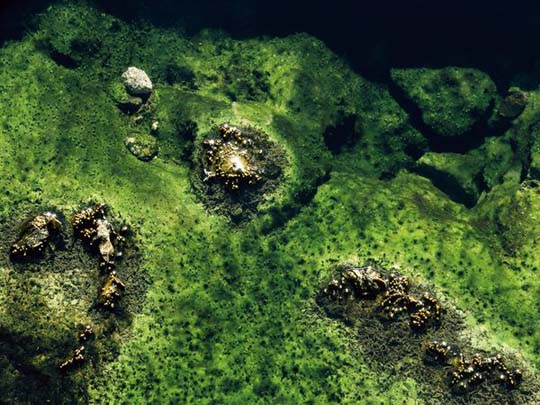 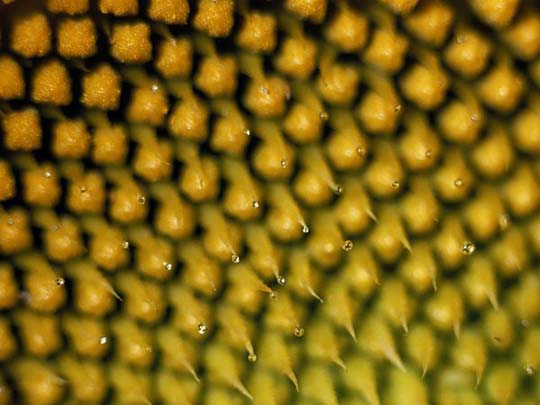 Beads of dew cling to the florets that spiral inside a sunflower head. 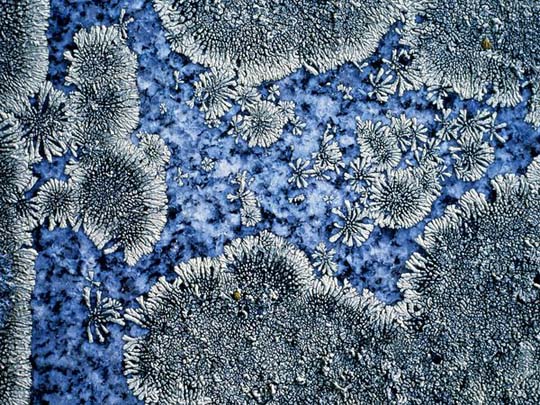 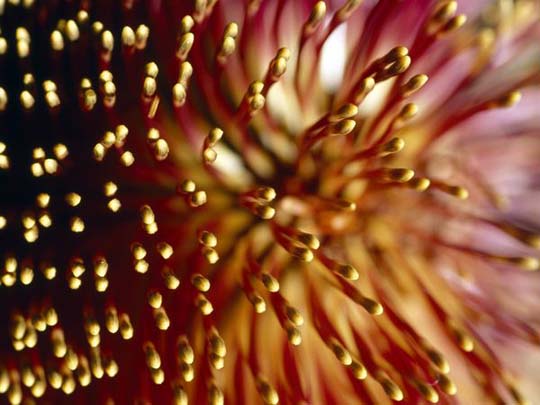 The characteristic spikes of a banksia flower are common across Australia. This one was photographed on a farm in Mount Barker. 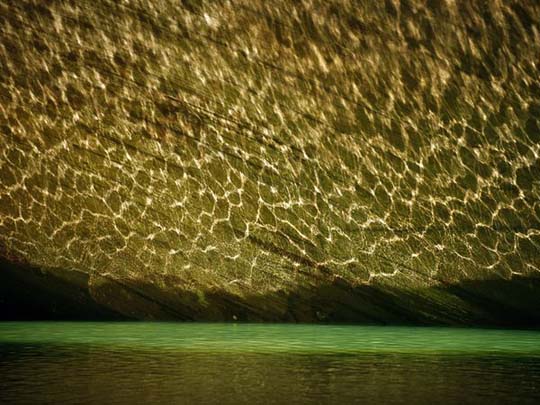 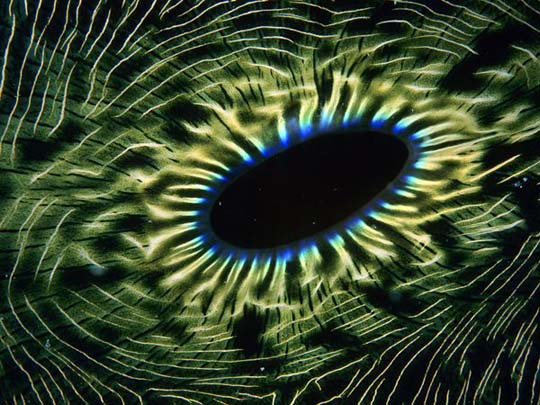 Iridescent spots surround the mantle of a giant clam in Palau, Micronesia. The mantle is a fleshy outer layer that secretes the clam’s shell. 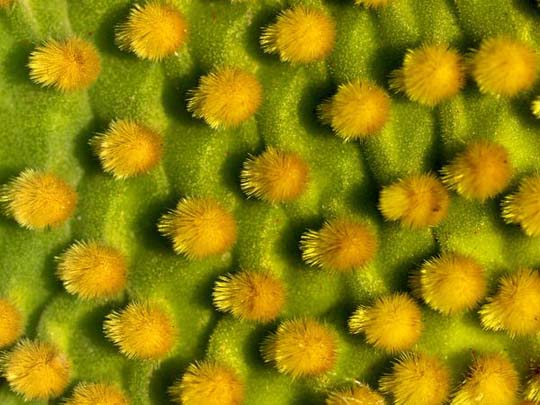 Bursts of yellow punctuate a cactus in Manzanillo, Mexico. 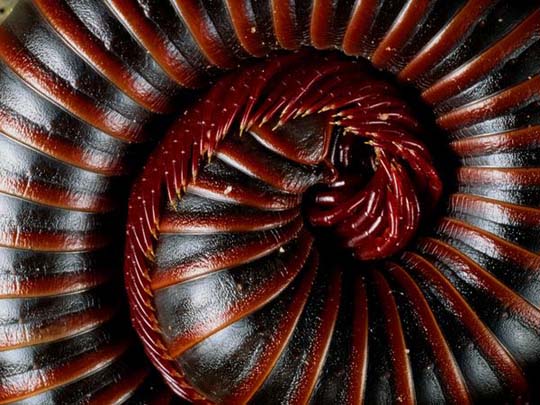 Exhibiting its main defense mechanism, a millipede curls into a tight spiral. In this fashion it protects its legs—on average between 100 and 300, not the thousand its name suggests—inside its body. 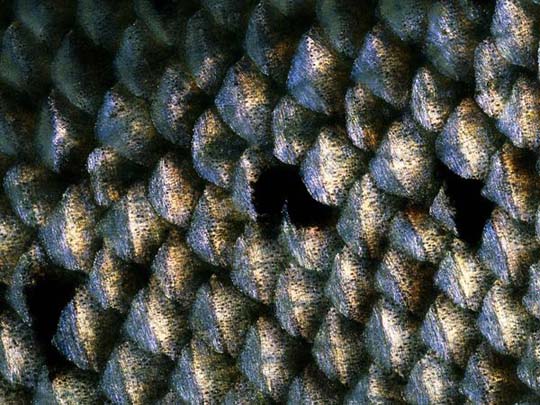 The scales of an Atlantic salmon, such as these on a fish in Quebec, Canada, can help biologists determine the fish’s age. 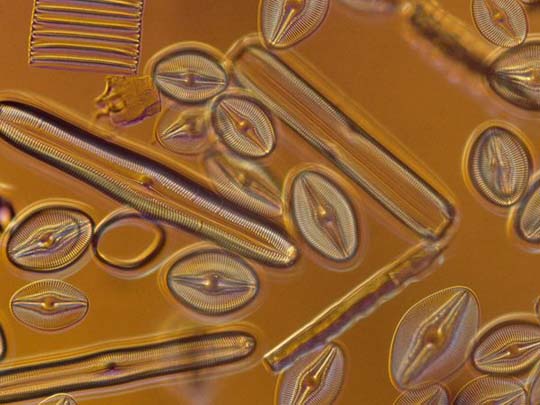 Seen here 400 times their true size, diatoms are a type of algae found in oceans, fresh water, and soil. 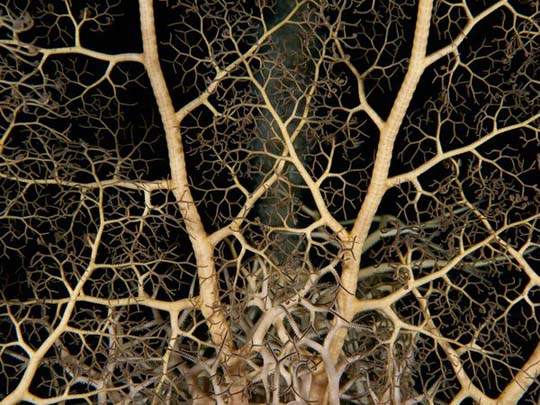 The complexly branched arms of the basket sea star, or starfish, catch plankton for the echinoderm. 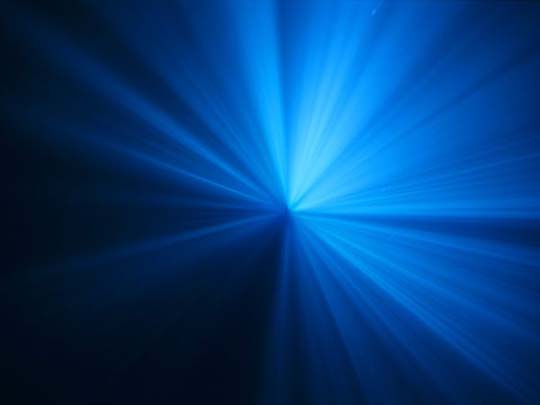 Sunlight radiates through the Xpacay cenote in the Mexican Yucatán. Cenotes are freshwater sinkholes usually found on the Yucatán peninsula. 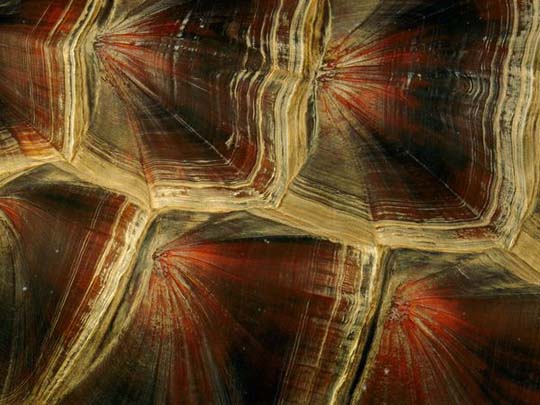 The bony plates of a snapping turtle’s carapace protect it from predators. Snappers are freshwater turtles found in much of North America. 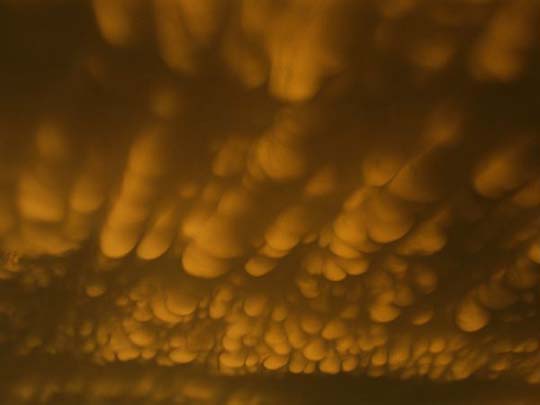 Mammatus clouds roil in the Nebraska sky, identifiable by their sagging, pouch-like shape. The name comes from the Latin word for “breast.”