Fast food chains are one of the most famous establishments that people run to whenever they need a quick bite. With the sumptuous meals being prepared in a jiffy by these restaurants, you won’t have to worry on what to eat when you only have a little time left.

Since there are so many diners and eating places being established nowadays, it can’t be helped for the famous and giant fast foods to create eye-catching and attractive advertisements that could continue winning over their customers. So even when a lot of issues and alternatives are coming up, fast food chains would still be in your list of favorite places.

To give you an idea on how these restaurants continue to build up their image and products through advertising, here are 20 catchy and appealing print ads from famous fast foods: 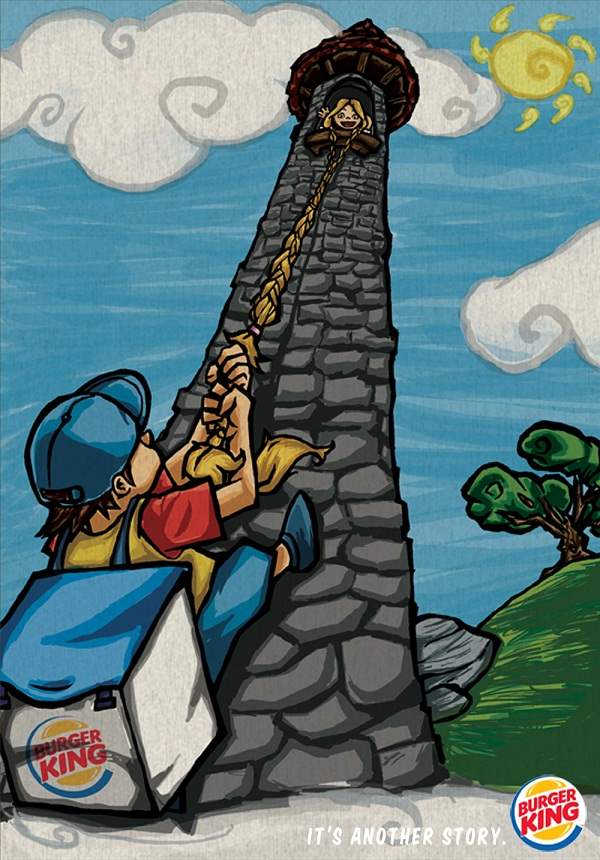 This is one of the many advertisements released by Burger King to entice not only its loyal customers, but even the kids. It tries to add a mixture between fairytale and how Burger King can bring more life into the tale. 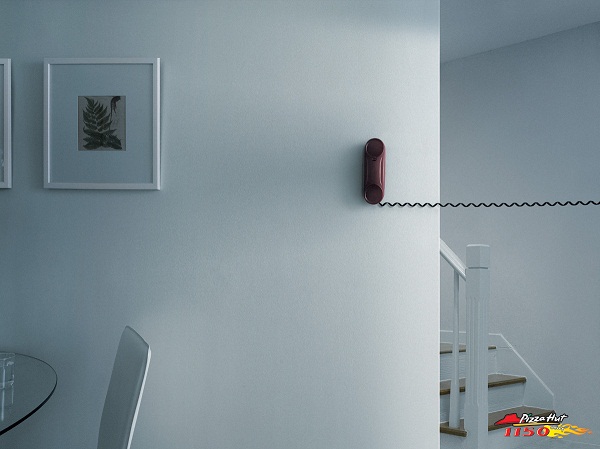 Pizza Hut is one of the fast food chains that has been focusing on its hot and delicious meals delivered right on time. With its main goal of providing the best pizza at a timely or even earlier delivery, this ad strengthens the idea. 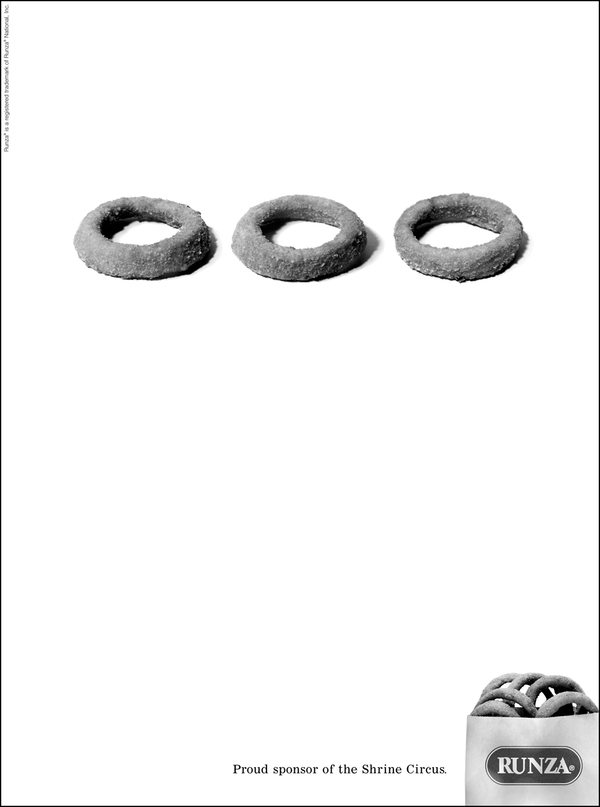 Runza which was also known as Runza Hut back then proved its worth as a regional fast food that serves ethnic cuisine. In its sample advertisement, it tries to show how the restaurant also ventures on entertainment and fun while providing better meals. 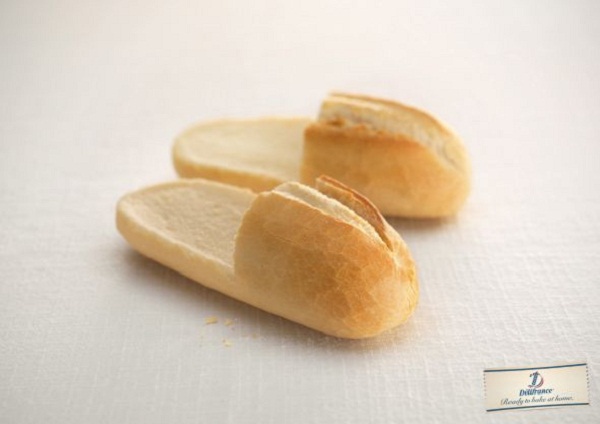 Delifrance is a bakery that carries the ambience and style of French restaurants. Being in the business for 25 years, it has proven its place as one of the stores for fresh and delectable pastries. 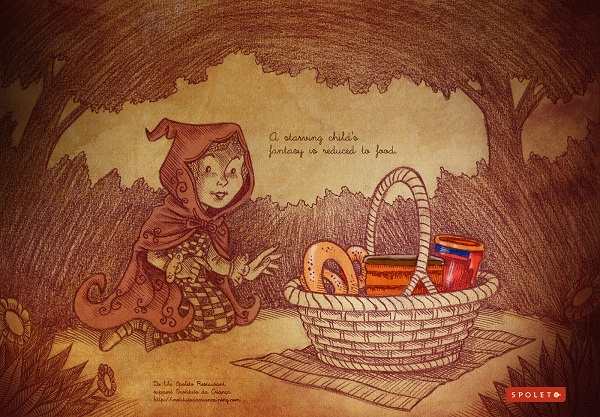 Spoleto is a fast food chain that promises to provide its customers with delicious Italian cuisine. With its advertisement, it tries to show that even kids would love to have a treat from this restaurant. 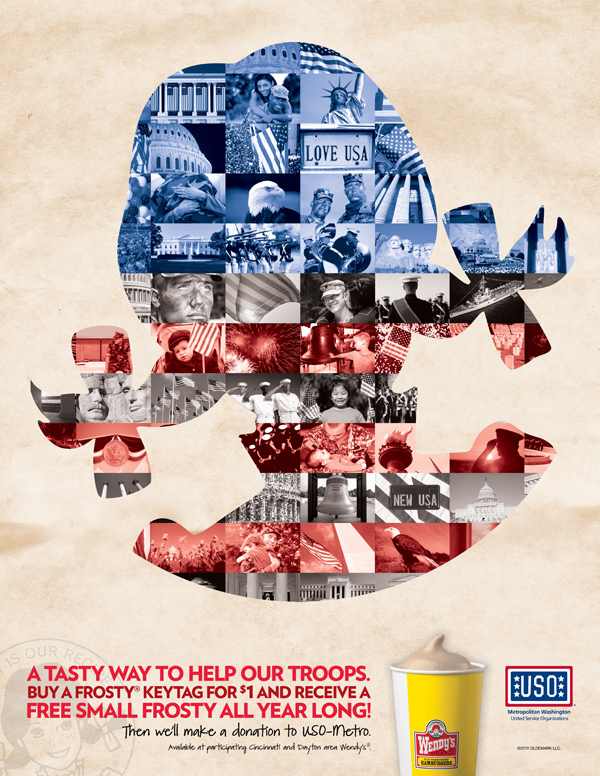 Who wouldn’t recognize that frosty being shown on the advertisement? It’s one of the top products of Wendy’s that is being craved for by many. 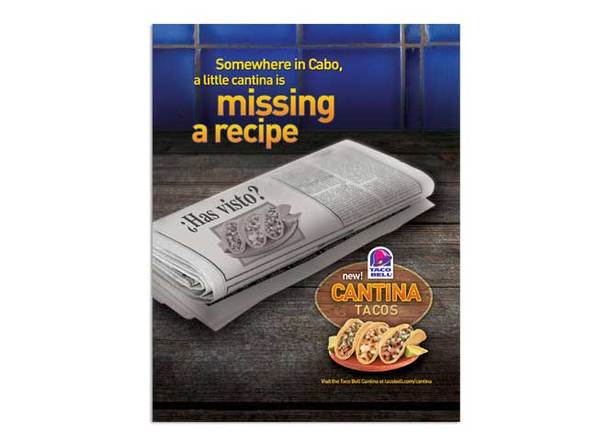 Tacos are one of the treats that have been loved all over the country and even at other places. This is why Taco Bell has ventured in providing its meals for almost everyone in various areas. 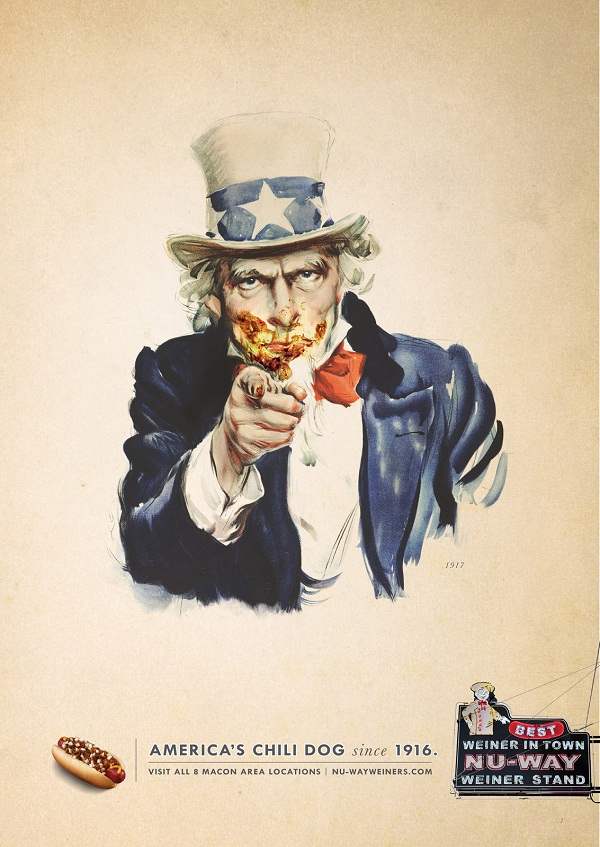 Nu-Way Weiners is a restaurant that knows how to provide the chili dog for those who are craving. With its funny and eye-catching ad, you would know how much this treat is well-loved by many. 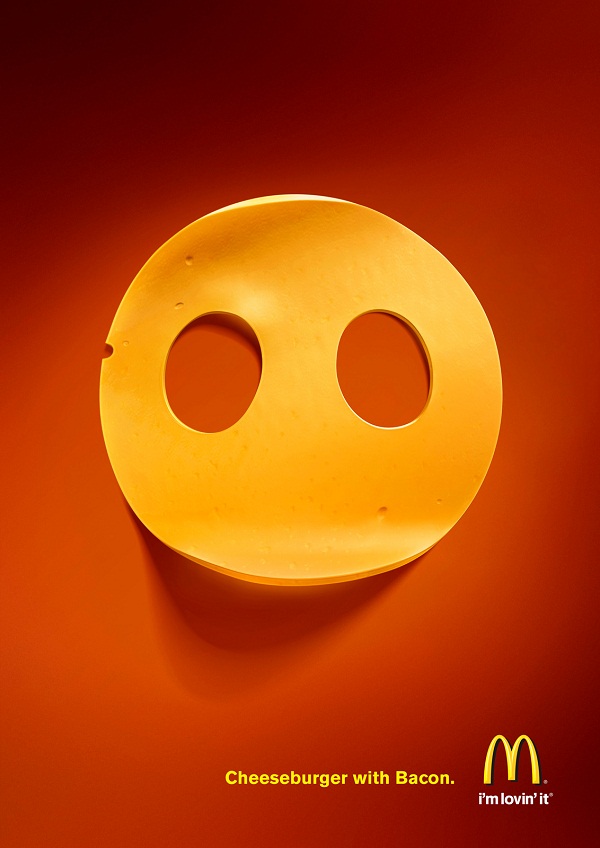 It cannot be denied that McDonald’s is one of the biggest food chains. With its wide menu of meals that would make you want to grab a bite, you won’t be surprised that there are also some companies who are going against their products which is quite intriguing. 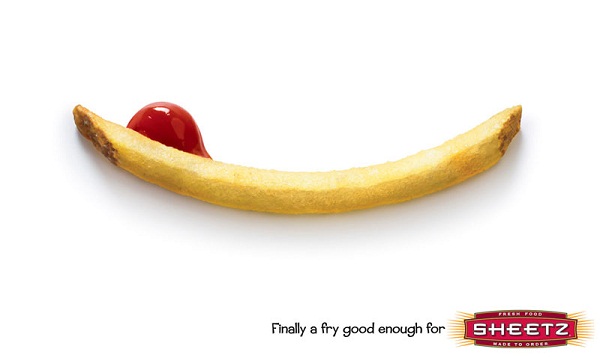 Sheetz Fast Food is actually a part of the Sheetz, Inc. that also has convenience stores and gas stations. It carries its tagline of MTO also known as Made to Order which explains how fresh and delicious their meals can be. 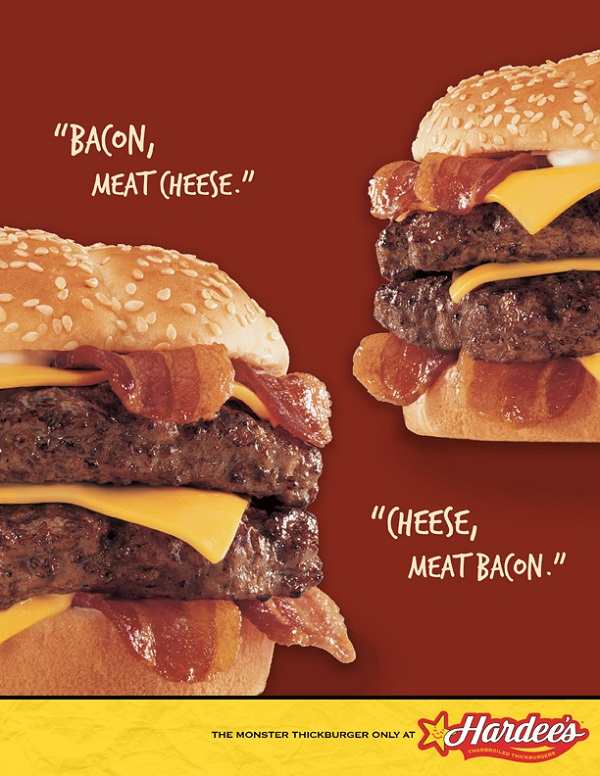 Burgers may seem to be one of the most loved and sumptuous meals being sought after. At Hardee’s, they want people to know how serious they are with their burgers. 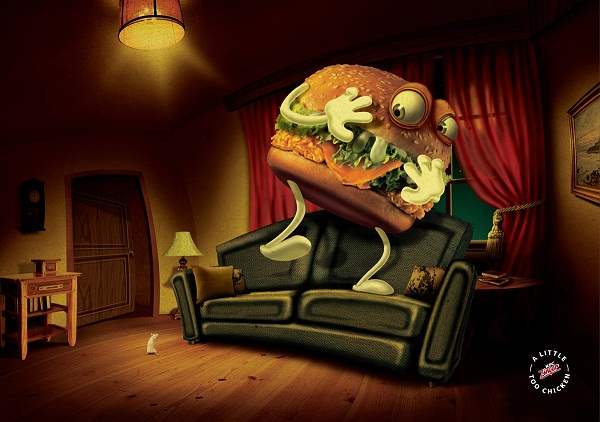 With this advertisement by KFC, it simply shows how its Zinger is purely chicken. Adding humor and creativity to it, you can have a better understanding on how meaty their burger is. 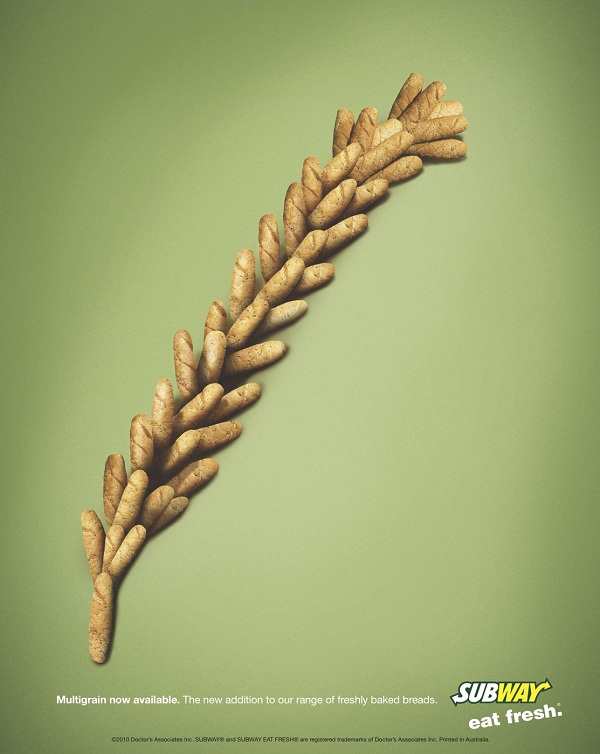 Subway is an American restaurant that provides fresh sandwiches and salads. With this print advertisement, you would notice how they value the production of their products by making sure these are made with high-quality supplies like the wheat. 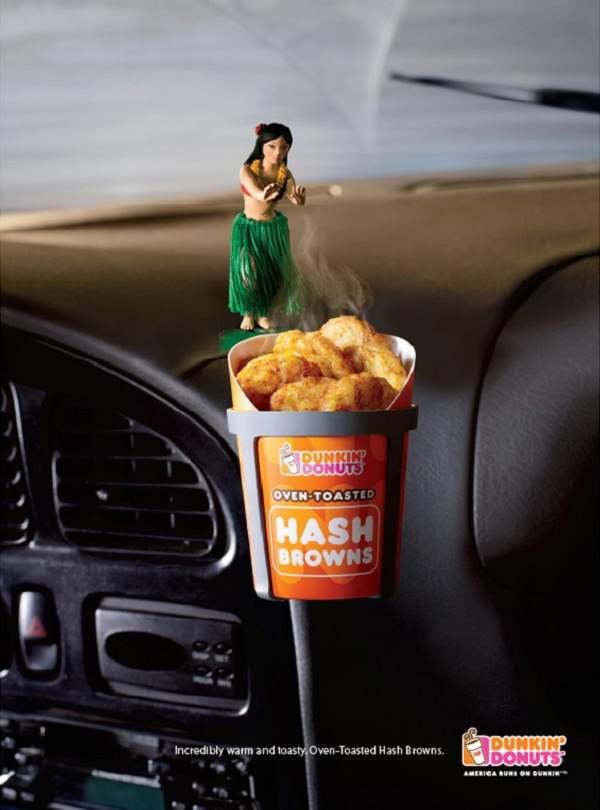 Dunkin’ Donuts has been in the business for long time and it has still proven its dedication in providing good coffee and pastries. It also makes sure that its other products are oven hot and fresh like the hash browns shown here. 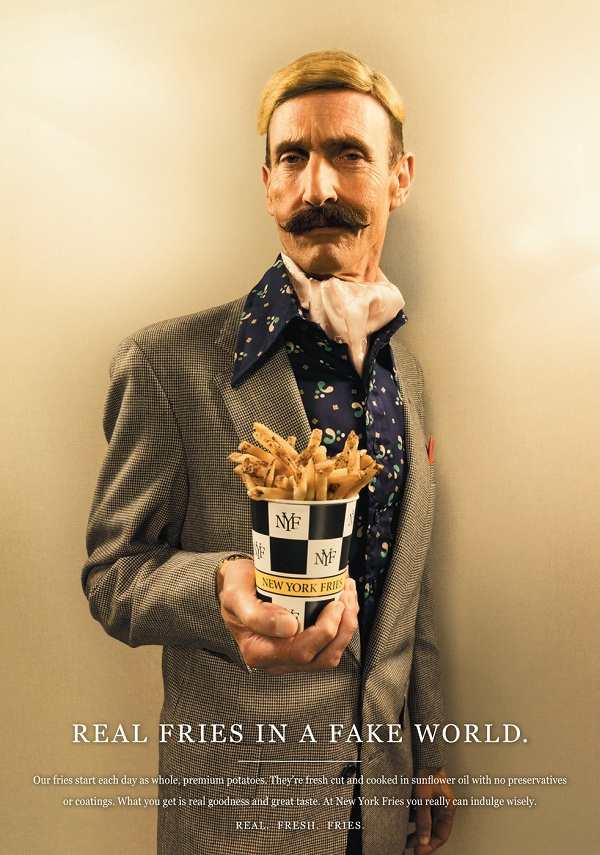 New York Fries could be the first store you would think about when it comes to great french fries. The food chain also shows how real their offers are through the advertisement here. 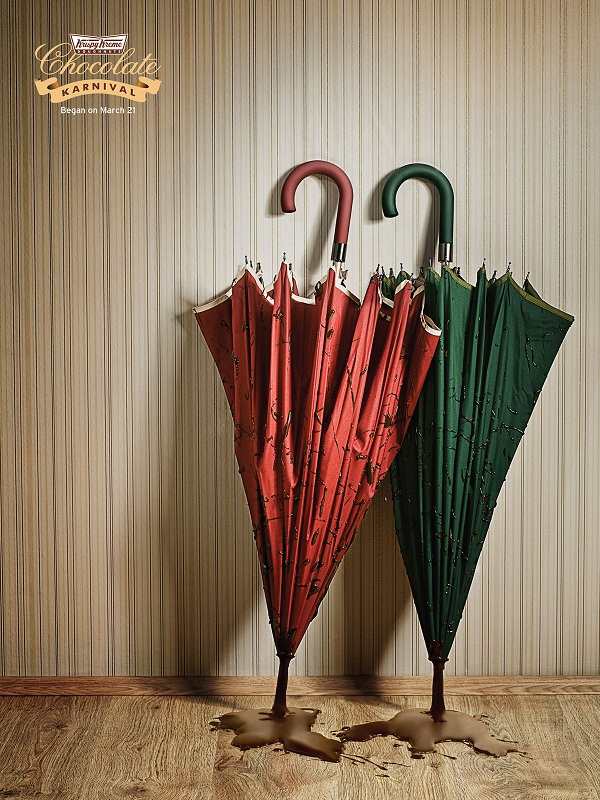 Let Krispy Kreme entice you on how delicious and delectable their chocolate treats are using this print ad. With its offer, you would notice how the store makes delicious and mouthwatering chocolate donuts.

Let Panda Express provide you with fast delivery for its Chinese cuisine. In this ad campaign, you would see how the restaurant tries to show their reliability on customers’ orders. 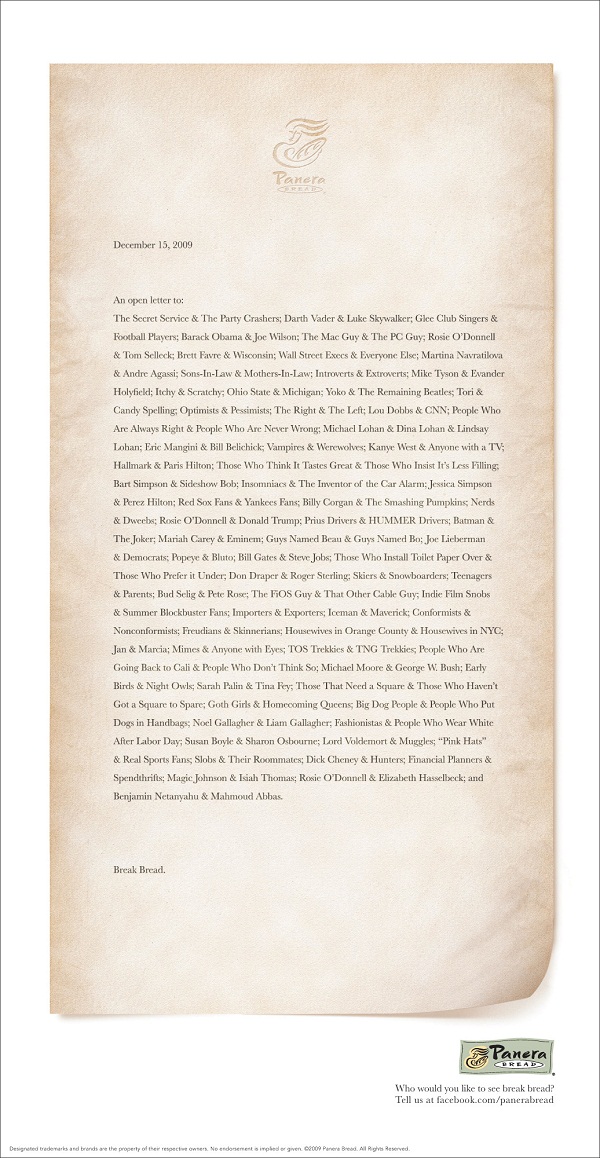 This is one of the interesting advertisements by Panera Bread. By reading the details on the content, you would notice how creative and funny they can be to entice people to try their pastries. 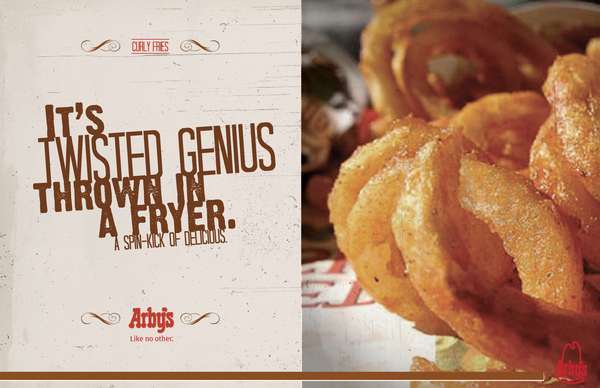 Arby’s is one of the restaurants that wants to offer the best burgers and fries to its customers. It wants to make sure that its fries are as crispy and delicious as it should be when fresh from the fryer. 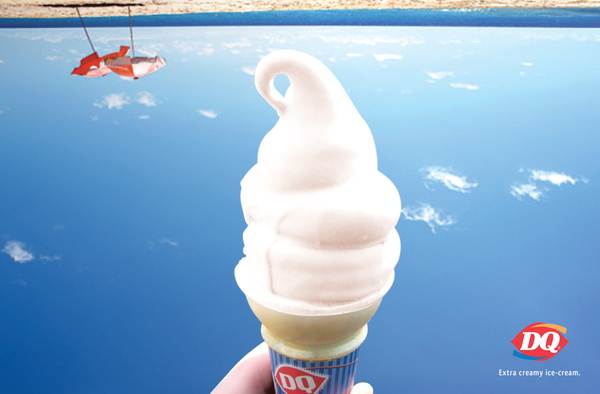 Let Dairy Queen make you feel like you’re on the clouds with its ice cream treat. Through this print ad, it wants to show how creamy and heavenly its products can be.

Through these designs, you could already have an idea on how famous food chains compete on an advertising level. If your favorite fast food restaurant hasn’t been featured here, then go ahead and share it to us. After all, everyone has their own pick for the best one when it comes to providing delicious and rather fast meals for your busy lifestyle.