Engineering is an immensely broad field within science and technology concerned with the development of new systems and buildings. Engineers need to have a good grasp of natural processes, mathematics, and physics in order to succeed. They also need to be able to marry their design to the specifications laid out by their employer or commissioning body. 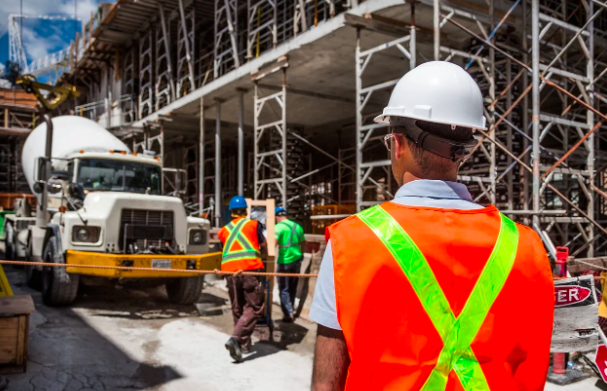 The sheer scope of the term ‘engineering’ means that it is incredibly unlikely that any person will qualify to become an engineer in general. Instead, engineers specialize as they begin their studies. Here are 10 important areas in engineering which can be specialized in.

Engineering management is an essential part of all large-scale engineering projects that are undertaken. Without effective management, engineering projects are liable to fall apart. Expertise is not shared. Budgets are not set and adhered to. Communication is hard to maintain. Overall, projects cannot be planned and completed without managerial oversight from a specialist. People working in this field are usually specialists that have completed a Master of Engineering Management program or who have had many years of engineering administration experience.

The tasks assigned to engineering managers are extremely varied. They include:

Engineering management involves the creating and auditing of budgets based on a specialist knowledge of the engineering industry involved and a great deal of careful research. The creation of a project budget is by no means an isolated task. Budgets need to be produced in collaboration with senior strategic staff and by assessing the needs of individual engineers working on completing the project.

Engineering managers need to set realistic and quantifiable Key Progress Indicators in order to maintain control over a budget. They also need to plan for surprises and disasters in the budgets.

Engineering managers might be specialists, but that does not mean that they are exempt from the interpersonal, and managerial responsibilities expected of every member of a management team. Team members need to be looked after, provoked, and integrated into being part of a highly effective project unit.

Engineering projects are undertakings that often require the retraining of project staff in order to be completed to a good standard. Engineering managers are responsible for the provision of adequate training within their teams. Education not only ensures that a project will be completed to a high standard: it also helps to retain the best staff with the most pressing desire to learn.

Engineering managers need to write up and maintain adherence to rigorous quality standards. Engineering projects are rooted in specific mechanical, chemical, or digital applications. These applications are based on properties worked out according to specific material qualities. If there is a material quality control issue, then a project can fall apart. Project managers oversee regular and stringent quality control audits.

Civil engineering is one of the broadest sub-groupings within engineering. It covers the design, building, and maintenance of roads, bridges, dams, coastal defenses, and almost every other civilian structure that requires engineering expertise. The term ‘civil engineering’ was initially conceived to differentiate it from military engineering. Civil engineers need to have good technical knowledge about structural strength and the properties of materials. They need to be able to work in conjunction with architects, surveyors, and authorities when planning their designs. The Institution of Civil Engineers is the main body that represents members of this trade. It defines civil engineering as:

“A vital art, working with the great sources of power in nature for the wealth and well-being of the whole of society.”

Civil engineers do indeed have a huge impact on the built environment that surrounds us and dominates our experience of life. The rather lofty-sounding definition offered by the Institution of Civil Engineers in their 2007 overhaul is more accurate than it may initially appear. The built environment is a ‘museum without walls’ – a complex and ever-changing representative structural surrounding that can alter our interactions, health, and wealth.

Geotechnical engineering is a field dedicated to the understanding of and application of the material properties of earth and rock. Soil dynamics and rock dynamics need to be understood before major projects are planned – making geotechnical engineers important members of a planning team. They conduct geological surveys that enable them to develop protocols for the effective completion of a structural project.

Aeronautical and Aerospace engineering is a field concerned with the design, construction, and powering of aircraft – in a rotary-wing, fixed-wing powered, and fixed-wing unpowered variants. The physics behind powered flight was first put to use by people in the early 20th century – with this movement famously culminating in the first great leap into the air achieved by the pioneering Wright Brothers.

Today, aeronautical engineering is an immensely varied field. It deals exclusively with a flight within the Earth’s atmosphere. Aerospace engineering, on the other hand, is a field that extends to the creation of vehicles that can escape the surly bonds of the Earth altogether. This is known as astronautics.

Aerospace engineers need to be well versed in the basic rules of aerodynamics. They need to apply these rules to the design requirements set by their commissioning company.

Heavier than air flight and the emergence of a commercial satellite industry have changed human life immeasurably. Aeronautical engineers can work knowing that they are helping the human experience expand as well as simply completing briefs given to them by others. Recent important developments in Aerospace engineering – referring to both aeronautical and astronautical engineering – include:

Cube satellites are tiny space-going autonomous vehicles that can carry out data collection and transmission tasks. Because of their small size and low weight, they are far cheaper to launch than conventional satellites. This means that small companies and nations with small budgets can develop satellite capabilities.

Aerospace engineers in Germany have been working for several years on the creation of a mind-controlled aircraft cockpit.

Engineers are constantly improving the digital reporting systems that are integrated into air and spacecraft. The most modern designs use a constant structural health monitoring system so that pilots and maintenance staff can deal with problems before they occur. In previous years, this was achieved by assigning each part of a structure in a craft a number of ‘hours’ before it needed to be replaced.

Air travel is incredibly polluting. As the world slips into a climate crisis, the aerospace industry has been increasingly concerned with the development of less environmentally damaging systems. Plans for zero fuel aircraft – which produce very little pollution at all – are already being explored. Most of these aircraft are planned to be powered by hydrogen cells. Solar-powered aircraft do exist, but they are not yet efficient or powerful enough to economically carry human beings or cargo at any reasonable pace.

Unmanned Aerial Vehicles – commonly known as drones – are changing the way in which war is fought. Anybody paying attention to the news in the last decade should recognize the military importance of drones. Drone technology has now proliferated around the world, breaking the hegemony of the USA. Even small militaries can field basic UAV systems for spying on and bombing their enemies during times of war (or perhaps times of undeclared shadow conflict). Aeronautical and Aerospace engineers are now working on unmanned vehicles as a priority within many organizations. UAV technology has also had an impact on the civilian world. Commercial drones are becoming more and more affordable – and there are even plans in place for drone parcel delivery systems. This has proven a little bit too premature for commercial success. Civilian-operated drones are, however, very common as filming platforms.

Mechanical engineering is one of the oldest and broadest engineering fields. It involves the combination of material science, mathematics, and physics in order to design and create mechanical systems. Today, mechanical engineers are chiefly entrusted with the design of engines, powerplants, production machines, and analog gadgets. The study and profession of mechanical engineering were first formalized during the Industrial Revolution. During this period, huge leaps forward in machine engineering changed society massively. The design of new and efficient production machinery became valued to the highest degree by industrialists with deep pockets and dollar bills in their eyes. The Institute of Mechanical Engineers was founded in 1847 in the United Kingdom – followed shortly by the establishment of the American Establishment of Mechanical Engineers in 1880.

Biomedical engineers use their knowledge of physical processes and material properties to design medical products. Their creations can range from prosthetic limbs to complex drugs. Biomedical engineering is an immensely important field within the medical industry. The development of new physical solutions to issues faced by unwell people contributes to the increased physical quality of life enjoyed by people in countries that invest heavily in biomedical engineering facilities. In the modern-day, biomedical engineers conduct a great deal of testing using algorithmic models in order to avoid the complex and dangerous process of animal and human testing before a product has been refined.

Network engineers deal with digital systems more than physical ones. They plan and construct networks of machines – usually computers and servers. This is an immensely complex role, especially when there is a great variety of machines and users at play. Network engineers also create the conditions for a company to effectively and efficiently migrate to the cloud. Network engineers are highly prized professionals in just about every IT-reliant environment. They help to create a safe and secure digital environment by developing security and authentication protocols.

In the recycling industry, chemical engineers have proven to be extremely valuable. They have developed chemicals that allow for the separation of various materials – allowing for the widespread recycling of composites.

Process engineers – like chemical engineers – are concerned with the use of natural forces in the transformation of materials. They are employed to develop efficient processes for the conversion of, say, metal ore into a usable product. Their knowledge of mass retention, pressure effects, temperature effects, and a whole string of natural processes is immensely useful to companies looking to make use of natural resources.

« How Do VoIP Resellers Work?
You Should Talk To Your Employees About These 6 Important Things »