The folks at Apple inc. are some real brainiacs as they keep developing awesome apps for all their Iphone users and die hard Apple fans. 2011 went quite good and a number of really useful and decent apps were developed. Today, we’ve come up with list of top iphone apps developed in the 2011-12 session.

If you Like This, you might be interested on iPhone 4S Apps, Photography Apps for iPhone Users, Photo Editing Apps for Android Users and Photo Editing Funny Tools. 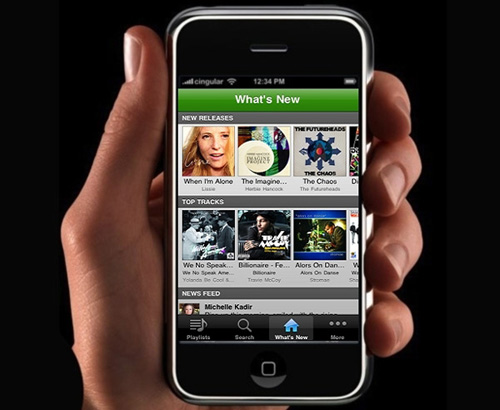 If you love music and own and Iphone too, then you must start using this app right now (if you’re not already using it). Say goodbye to the ipad app for managing your tunes. Now, with Spotify, you can stream millions of song from your phone. There is an extendable free trial of 48 hours which can be extended to 30 days; you can enjoy all the premium features during this trial. After the free trial ends, you’ll have to pay $9.99 dollars to enjoy all the premium features. 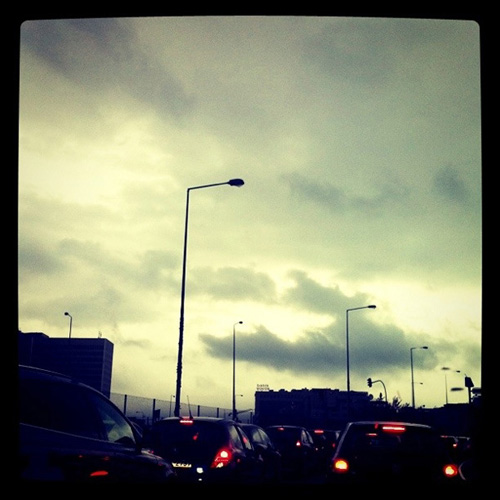 To me, Instagram happens to be the best ever photo-sharing app. It is the most feasible way of sharing your photos on the social networks, while on the go. So, it doesn’t matter whether you are at a party or at your shool, because now with Instagram, you can share photos with your friends anywhere. 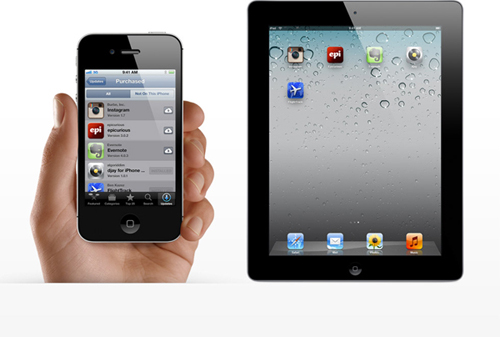 So are you one of the type who are too busy to sit at a PC or infront of a Television for information regarding your topics of interest? If yes, then Zite is a life saver for you honestly. Now you don’t have to search latest updates on your favourite topics. Just tell Zite about the subjects you like and it’ll show you the related updates, each time you open this app. 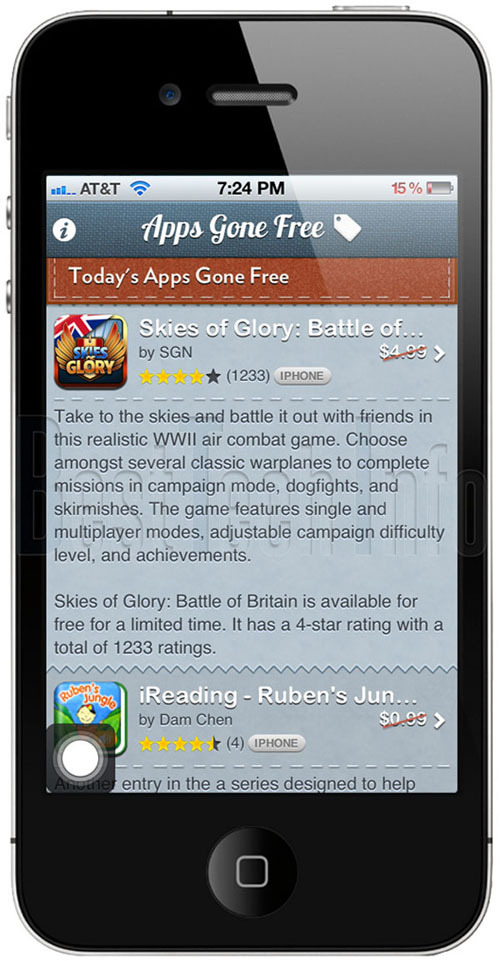 Well! Now if something really deserves being tagged as truely ‘Awesome’, it is this app. What more would an Iphone user expect than getting amazing apps without spending extra bucks? Using this app, you can find more free Iphone apps and yet not worrying for your pocket. 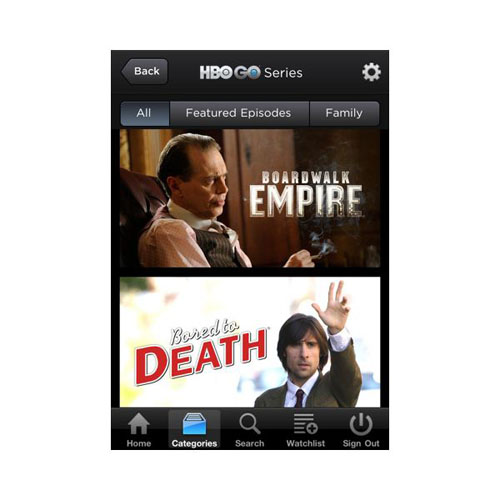 This is an amazing app for those who are movie lovers and love following their favourite award winning shows. Those who are subcribed with HBO, can login to the app and get access to countless movies and television shows. In the intial weeks of its release, only few cable companies allowed their subcribers to access the app but few months later, Cablevision and TimeWarnerCable agreed for supporting the service.

For the geeky iphone users who tend to love word games, mostly, this is an amazing app that’ll surely turn out to be an addiction. It’s simple; you have limited number of swaps. You have swap letters and make words out of them. If you fail making a word in the given number of swaps, you lose the game. You’ll like this app for sure if you’ve been playing ‘Words with friends’. 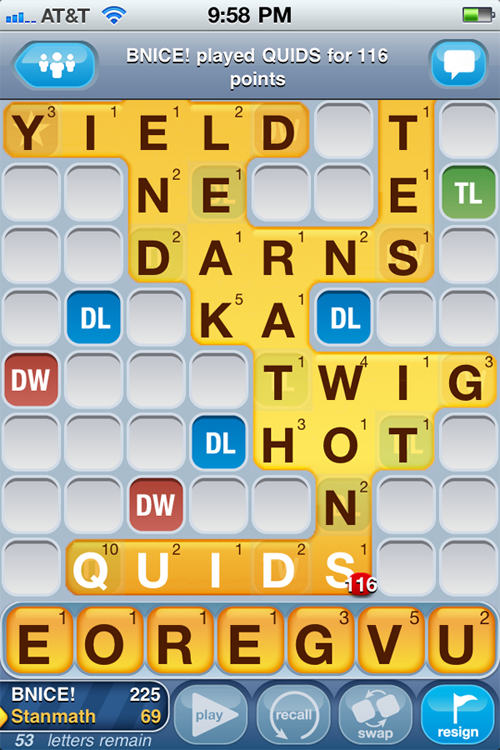 Word games! Aahh! They are so much tempatating to me, atleast. Words with Friends by Zynga is one good app that will make you the person with best vocabulary, one day, if you keep using it. It resembles scrable and all you need is a little vocabulary and you are good to go. The app is available in both free and paid versions. 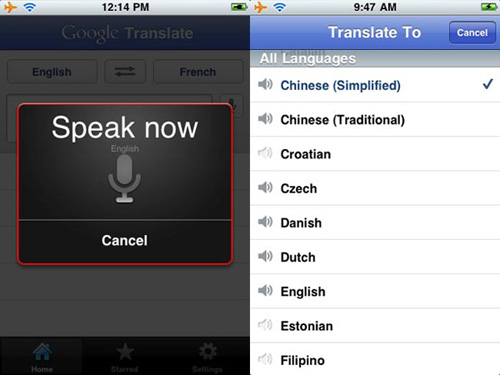 Apple has been recently gifted by Google; ‘Google Translate’ for Iphone works for 24 languages. It’s speech-to-text feature fuctions with 17 languages in total. So what else would one want? you don’t really need to know every language now. Goolge Translate will translate it for you, in the language of your choice. 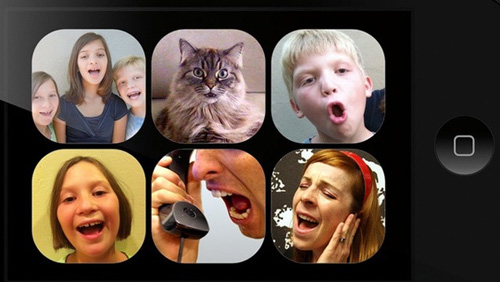 You’ll love this app if are one of the type who love to laugh and are jolly. When you use this app, you’ll be guided through few steps to record few video and sound samples. The app has 15 music video templates and it puts your recordings, randomly, in to one of the templates. The app is a life saver for the ones who have ‘a bit’ weak tone because it has a pitch-correction feature as well. I’ll suggest you guys start using this app right now. 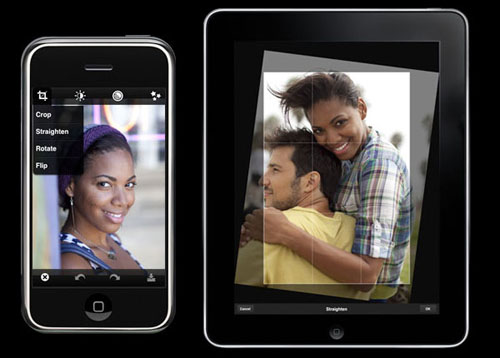 Iphone are good to take high quality pictures but nothing is perfect. We all know that posting real, un-photoshoped pictures is a foolish thing for many of us. So most of us are dependant on their laptops/desktop PCs for photoshopping their not-so-beautiful pictures. But hey guys! You don’t need to depend on either of these anymore; this amazing app lets you edit your photos, right after capturing it, as you photoshop them at your laptops or PCs. For me, this happens to be the coolest (or lets say Hottest) Iphone app of 2012.