It has been 22 years since Adobe Photoshop has been a part of designer’s lives. Initially, when it was about to be introduced, there was a long debate. Some people were reluctant about such softwares being introduced in the market which will allow people to make changes into the original picture. However, with the passage of time when people saw the positive aspects of adobe Photoshop, view changed completely. For all the lovers of Photoshop, we have decided to write this article to relive adobe’s journey of 22 years with you.

Thanks to the Knoll Family

This family can easily be called a wonder. The basic idea was of Photoshop was developed by Thomas, Glen and John Knoll. They all were highly qualified and way too intelligent. Thomas has been a PHD student and has been involved in Photoshop’s journey for years now. Glen Knoll who was a lecturer at a college had keen interests in photography and computers.

Beginning of the Journey

It all started with a simple project of Thomas. He wrote a subroutine program in order to be able to convert a few pictures to grayscale. A simple process of converting images to grayscale, lead Thomas to develop more ideas like this and very soon he had plenty of processes to give effects on photographs. John supported Thomas totally and suggested him to come up with a full photo editor. Collaboration of both brothers improved the editor and resulted into launch of ‘Image Pro’ in 1988.

It took the brothers no more than six months to collaborate with Barneyscan, manufacturers of scanners. Around 200 copies of Image pro was were sold and were shipped along with the scanners. Very soon they formed a licensing partnership with Adobe and in February 1990 first version i.e., 1.0 was released.

Now that we have gone through the history of Adobe Photoshop, let’s take a look at how things changed from the version till now. 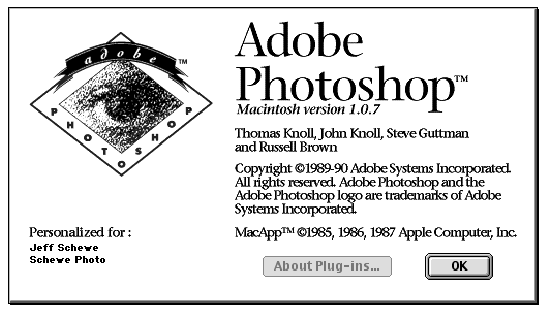 Initially, the used the word ‘Special effects’ for the Photoshop features but it was not approved by the Adobe staff due to which Thomas managed to add the special effects into Photoshop as plug-in. Thomas worked really hard until the final release Initially, the flash screen only displayed names of four programmers but with the passage of time, this changed.

This version allowed users to trim around objects and save them. An engineer named Mark Hamburg introduced this feature. Mark was known as the ‘Path Man’. It also consisted of rasterizing and CMYK color support which made printing industry a user of Photoshop. It could be used on four megabytes RAM. 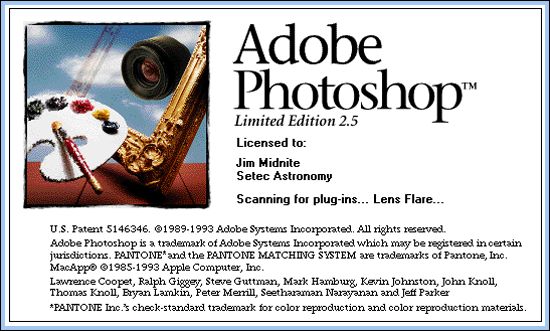 This was the first releaser for operating systems. Since it had a memory bug, a patched version was released as 2.5.1. It also worked on MAC. 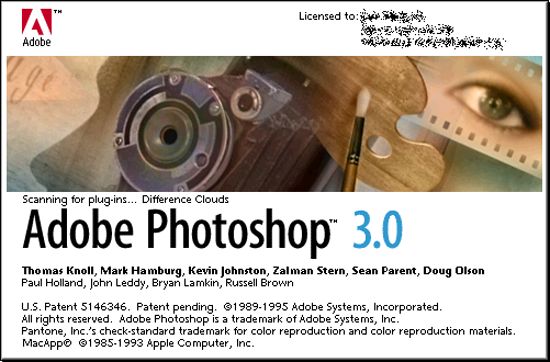 1994 brought a huge and a positive change in Photoshop and that was ’Layers’. It is still being used and it is called lifesaver for designs which are much complicated. Power Mac chips were also introduced to improve the performance. Along with all this other developers added little Easter eggs which hatched on pressing obscure keys and show funny one liner. 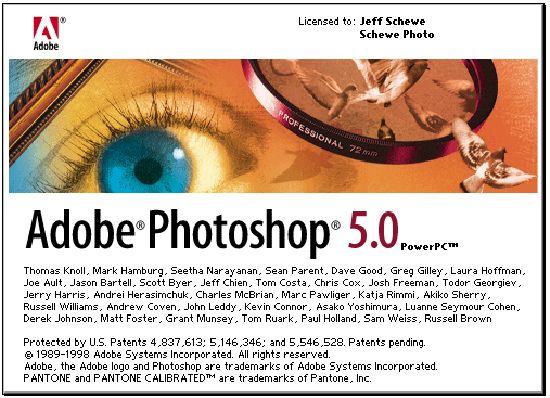 Again there were two major changes in Photoshop. One, user was given the ability to undo actions multiple times and two, it was made editable type. Lasso tool was made its debut in this version as well. 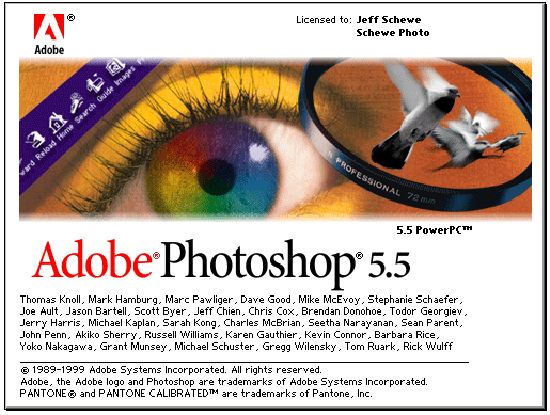 This version was a relief for everyone who was into web designing. It gave users’ an option to ‘Save for web.’ This saved a lot of time of designers. 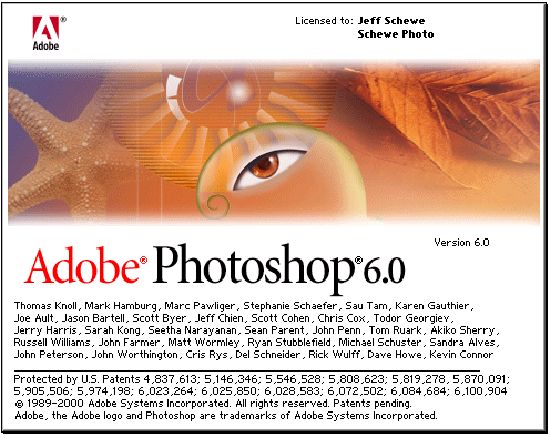 Layer style panels were introduced which made usage of the feature ‘Layers’ even easier. It also gave users an ability to draw Vector shapes and was very much appreciated by users. There were custom shaped palettes and the feature of multi-layer was also introduced. Marquee tool was also separated from crop tool hence making usage of both, easy. 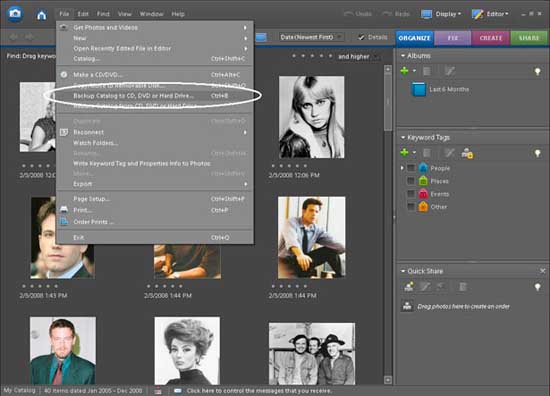 Since a lot of tools were being introduced, an average person found usage of Photoshop quite difficult. In order to help such people, Photoshop element feature was introduced for people who wanted to use Photoshop for simpler use. 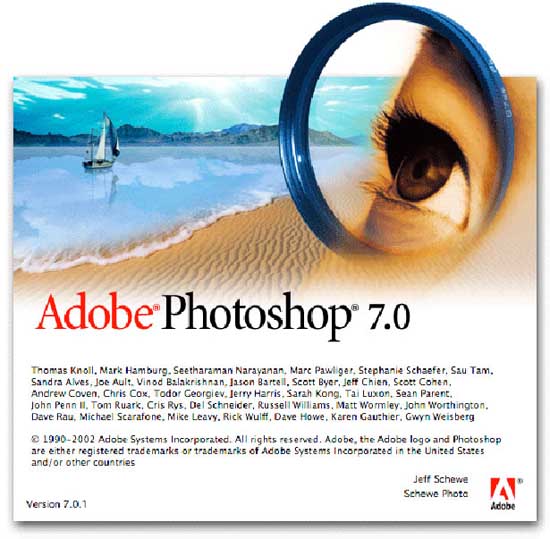 This version had a lot to offer. It had a healing brush, fully vector based text a new file browser. This browser helped designers in browsing through the folders to find graphics they needed, easily. Apart from healing brush a patch tool, spell check, find/replace feature and an option to create customized brushes was available.

Photoshop CS was the first one to introduce CDS. Also, this release supported scripting. 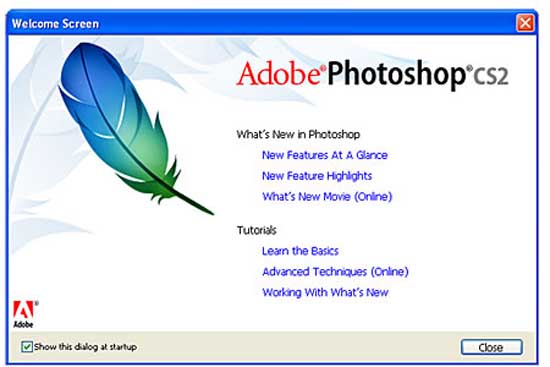 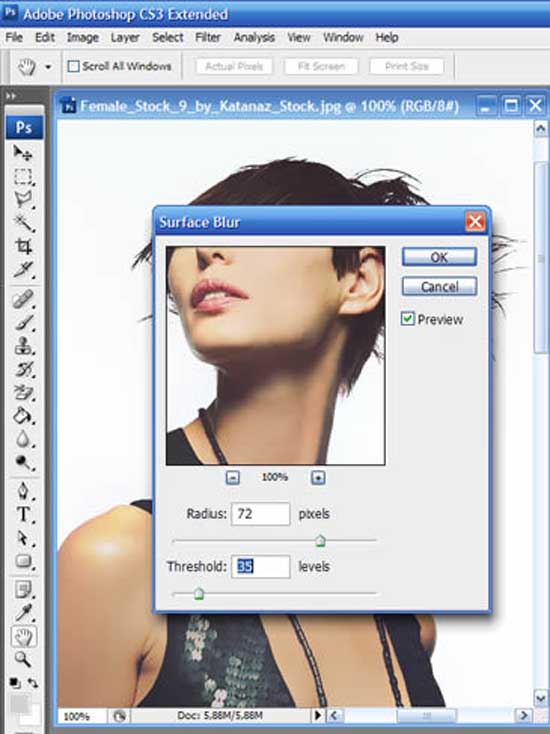 The best thing about CS3 was a fast load. Another remarkable feature was graphic optimization for mobile device. This version made cloning easier too. 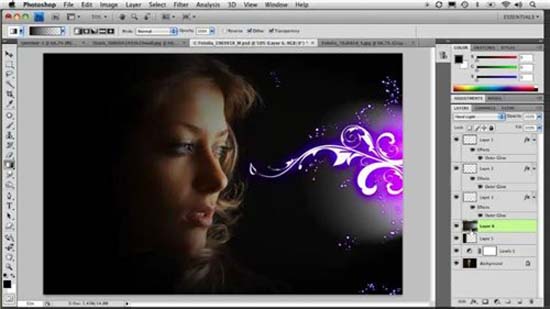 Zoom and smoother pan made Photoshop even better. Color correction also encountered a few changes in this version. It also had enhanced motion graphics and easy ways for data collection.

Photoshop even became available for iPhone users and they were able to edit images without any issues. Adobe released a public beta of lightroom 3.0 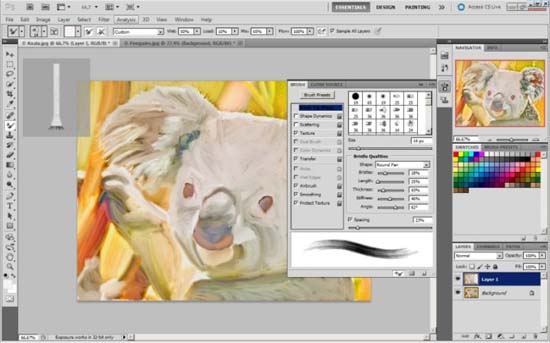 When Adobe turned 20, Photoshop CS5 was released. It had a lot to offer starting for better edge detection to masking and opacity. Spot healing tool also had a lot of improvements. 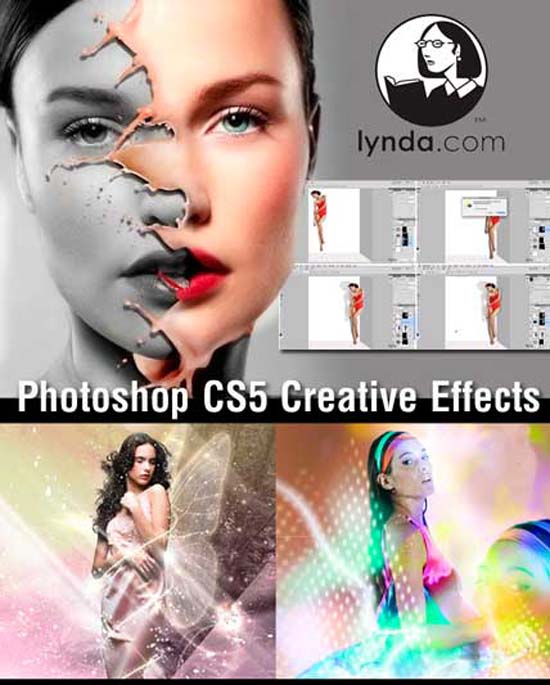 Adobe Photoshop was released for Android and IOS phones. A lot of other major and minor changes were made in the desktop based version of Photoshop. 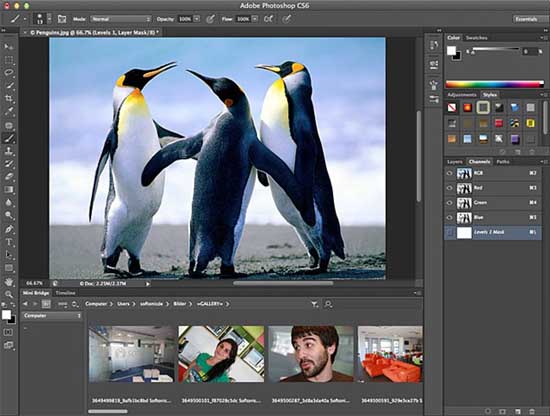 With 2012, Adobe continues its tradition of being the best photo editing software. Apart from having some of the best old features, CS6 includes more creative tools to play with your images. Adobe mercury graphics engine is a new addition. The best thing about CS6 is that you can even make movies and extra ordinary designs with the help of re-imagined tools.