If someone ever told you that they managed to reduce their amount of work and actually “increased” their productivity by doing so, you’d probably dismiss the claim right off the bat. However, if you recall a few efficiency rules you might have studied in school, you’d give the notion a second thought.

So, can it be achieved? 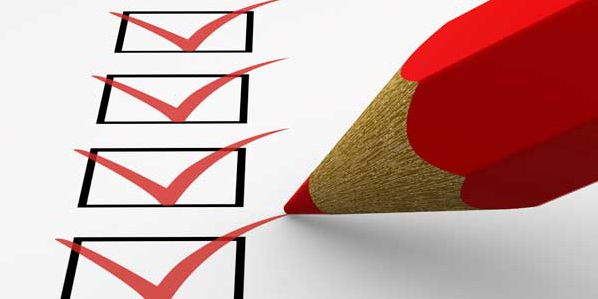 Before you dismiss the theory again, consider this: out of all of the tasks you do in your day, which ones are the MOST important ones? I’m sure they only comprise of 20% of your day’s total tasks. The remaining 80% are those useless, mundane tasks that add no value to the time spent during the day because they are not meeting your most important “life” goals (i.e. texting a friend, using social networks/surfing, chatting with someone, checking emails, housework, self-maintenance, watching T.V, etc).

Let’s take a look at how the “minimizing” effect can “maximize” our output and thereby increase productivity. Here are a few tips.

The first step is to list your daily tasks in order. Note down every single activity you do during the day including the most trivial ones. It’s a good idea to start with your morning “wake up” task, and then carry on with the list chronologically. Don’t miss out even a less than one minute activity!

You can use the number 1, 2, 3, 4, 5 to label your most productive and useful activities of the day as “5” and the least productive ones as “1”. You’ll notice in the process that there are less 5’s than the rest. If not, you’re doing it wrong!

According to the Pareto Principle, only 20% of your daily tasks are the ones that are directly contributing to your end goals. This is called the “Law of the Vital Few”.  The remaining 80% of the will belong to the categories 4, 3, 2 or 1.

Prioritizing your tasks will ensure that you perform the most important ones first. If you are leaving your Class 5 tasks to the last, then you’re definitely missing out on your productivity levels because of the mental and physical efforts lost throughout the day that often leaves very little for night time. No matter how difficult the task is (or how your mood is), get it done first!

#4: Learn the art of Working SMART, not working hard

Working smart requires tact. Working hard requires – strength and sometimes too much of it. The trick here is to figure out where you are losing the most “time” and to think of ways to get the work done by reducing that time.

For example, maybe you’ve hired somebody who just isn’t that effective or productive at what he does. You’ll need to hire someone new. Maybe you’re using an old piece of equipment that takes too long to perform a task and the latest version will perform it better and faster. You could possibly save a template of a common email response and use that to copy and paste every time with just a few edits. Find out clever ways to hack down the time it takes to perform a repetitive, time-consuming task. Build shortcuts that result in the task getting done just as effectively, but more efficiently. (Tip: even a ten minute time save can add up!)

Believe it or not, multitasking is a productivity buster. If you’re doing three things at once, chances are only one of that task is important while the rest of the two are trivial and can be put off. Trying to multitask will only reduce your efficiency and productivity with that one important task.

You know what the major problem is with un-productive people? They lack focus. By focus, I mean that you should be able to fully acknowledge the fact that you should be doing only ONE important task in a given amount of time. You don’t deviate from that task no matter what (of course unless it’s a serious life and death situation).

So, checking email, posting up on social network, chatting, or suddenly remembering something important you had to do are productivity toxins. Try to think of these trivial tasks as small bugs that feed on your productivity level. They are there to intentionally distract you and lead you off of your more important tasks. Nothing is more important than what you are trying to do right now!

While performing those class 5 tasks on your lists early in the day, it’s best to time yourself. Set a tight, yet reasonable time frame for the most important, goal meeting tasks. Now, use a stopwatch or timer to note how long you take. You should be able to complete those tasks in the given amount of time every single day, regardless of distractions (don’t forget number 5!).

If there are tasks on your lists which you can easily hand over to someone else, do so! These might be tasks belonging to category 3 or 2 (Routine house cleaning, cooking, making calls, etc). Take for instance, writing an assignment. If you can’t do it yourself, you can outsource help from online companies Like Essay Buzz that offers writing as well as proofreading services.

You may also automate things instead of trying to do everything yourself. Automation can be done for online tasks using applications such as MailChimp, Hootsuite, Buffer, or Workflow, for email marketing, scheduling, and social media updating.

#9: Eliminate: Some tasks can be – and should be—eliminated

These will be the most trivial tasks of the day that do nothing to add to your list of end goals (and can be naturally avoided). Surprisingly, many people spend a bulk amount of time with these life-wasting, time-draining tasks. If you are a really busy person and have a problem with your productivity levels (and you are reading this article) then you need to get rid of these time wasters. Facebook, random surfing, chit-chatting (unless it’s for professional or useful purposes), and T.V. watching are on the top on the list of the number 1 category. Hack them down until only a small amount of your day (possibly 1.5 hour) comprises of these activities.

“Tomorrow is often the busiest day of the week”-Anonymous

To finish off the day…

Finally, review your daily performance by jotting down your tasks achieved in a day on a diary. How many class 5 and 4 tasks were accomplished as opposed to the class 2 or 1 tasks? Do note down every task on the list and give yourself a daily scores based on the 5 numbers.

« Understanding the correlation between website design and conversion
Changing times of web design: designs for the future »