What It’s Like to Be a Video Game QA Tester

For probably 95% of people reading this, the proposition of being able to work in the video game industry is a beckoning too powerful to overcome, an aroma too alluring to be unprovoked by. While there’s many, many facets that exist that you could enter the industry by, whether that’s an artist, a level designer, a coder/programmer, or the lofty heights of something like a creative director, this is how I got involved. 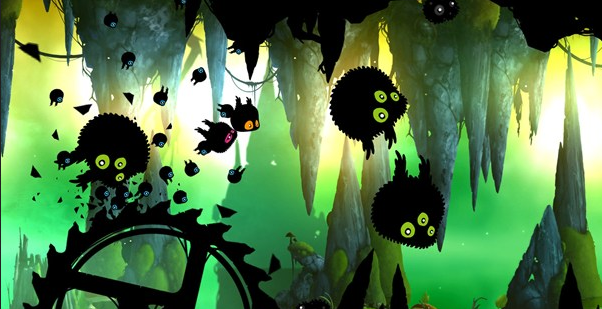 I myself have had the fortuitous circumstances of being able to work in an industry that I love and been a huge part of my life befall me, and while I would never complain about such a thing as its lead me to the position I’m in now, like anything in life, it’s not without its pitfalls, frustrations, headaches, and trade-offs.

As you may have gleaned from the title of this article, I worked as a Quality Assurance (QA) Tester for a video game developer, and a pretty big one at that. Seeing as I still work there (just in a much different role), I’m not going to let slip the name of who my employer is (to be on the safe side) or even disclose my identity fully. However, I spent about 18 months working in this role, and I’ll share my experiences of what the job was like, what it involved, and just overall a snapshot of the experience I had in this position.

I should note that this should be taken as my personal experience of this, and will obviously vary from company to company. This shouldn’t be seen in any way as the definitive summation of what being a QA Tester is like in the video game industry.

How do you become a QA Tester?

So like you’ll hear from almost anyone about any job, I fell into being a QA Tester. I was working in retail at the time (something I particularly hated) that was grueling and really running me down. My salary was fair, but that didn’t make up for the feeling of doing menial work that I had no interest in or love for. One of my good friends then mentioned how he had just started as a QA Tester, and how he was literally getting paid to play video games.

Being that we’re both avid video game fanatics, I jokingly mentioned he could bring up my name if they were looking for any more people. This appeared to tempt fate, as a few weeks later, they were looking to expand the team, and I had an interview. The week after, I accepted the job and started a month later.

Now I get this is far from concrete and actually helpful advice for how to get into the industry, as this doesn’t help anyone who isn’t me. However, when you actually go looking for it, there are quite a few job listings in the right places.

An easy starting point is to check the Careers page of different company websites like Activison, EA, 2K, Take-Two, Xbox, Sony, Nintendo, Ubisoft, all the big names. It’s equally just as worth looking at development studios individually, places like Beenox, Rockstar, Vicarious Visions, NaughtyDog, PlatinumGames, etc. You can then usually filter by location and job role/sector and see what’s on offer.

Alternatively, a great place to try is on LinkedIn, where video game development/publisher/jobs in general are more prevalent and talked about due to the nature of the culture and natural topic of employment that LinkedIn revolves around. I have my own issues and qualms with LinkedIn that I won’t go into, but it does help with networking and finding roles that wouldn’t be seen or found otherwise.

A good tactic is to search the job title of whatever you’re looking for and see what people pop up. Send out a few personal messages (don’t get spammy or contact everyone from one company) to a number of people asking how they got started or if they know of any vacancies coming up in the near future. Most people are pretty human and nice about that kind of stuff from my experience.

A less fruitful venture is your standard job sites, places like Indeed, Glassdoor, Monster, CV Library. Every now and then you’ll find something, but I wouldn’t make these your first stop.

What does a QA Tester do?

Now that that’s out of the way, I can get on with telling what I did as a QA Tester. During the course of my tenure as a QA Tester, I worked on about 6 projects in that time. One of those was the main project that we (the team of about 10 other testers) would be working on most of the time, and occasionally a couple of us would be asked to work on early development or side projects from another part of the company for a day or two. In the 18 months, we oversaw 2 main projects.

The main responsibility of our team overall was to make sure the software was in a shippable state. It didn’t have to be perfect, as fringe cases and weird things will always pop up for the amount of people that would get their hands on the game out in the big wide world, but it had to be of a defined standard where 95% to 98% of the time, everything worked as it should from beginning to end.

This may sound slightly daunting when you look at the big picture, but ultimately this is broken down based on a timeline of what the developers are working on so you’ll only be testing small portions of the game at a time, something like the collision in particular part of a level or the menu UI. Running through permutations of things is also a big part of the job, testing as many different scenarios as possible and basically trying to break the thing you’ve been given.

Now up until I got onboard with this team, I like many of you reading this, have only been privy to finished pieces of work bar a handful of early access titles and open betas. Here you’ll get to see the ugly truth of how video games get filtered over and over again until they work. The main skill I would say that is required of you in this role is to be able to concisely and precisely convey information of a problem that happened, how that problem occurred, and what the end result should actually look like.

Often there were times where you’d be communicating with another dev team, in another time zone, with English as their second or even third language. This makes the need to state your intentions and directions clearly of utmost importance, so I would say anyone looking into this, honing your written communication and mastering an ability to prioritise will serve you incredibly well if you want to pursue not just video game quality assurance but QA in general.

You said there were some negatives…

Indeed, I did. The main drawbacks are the monotony of having to do the same things over and over and over to find a solution or nail down the reproduction steps. The big frustration stems from when something keeps breaking but not breaking the same way. Finding consistency is the key, whether it’s a positive or negative result, as long as the same actions yield the same results, that’s what you’re gunning for.

If it’s a good outcome, you can greenlight it and move on to the next thing. If it’s a problem, note it down, how it happened, and flag it to the dev team.

Another thing is that generally the pay/salary for a QA Tester is pretty low. Seeing as most places don’t require you to have any particular skills (or at least proven skills) or relevant qualifications, the hiring pool is quite large which means the wage bracket is one of if not the lowest one in the industry.

Also being a QA Tester will usually land you with either a very low minimum hour-based contract (usually 8-16 hours per week). This also generally leads to your contract being centred around projects, meaning that if projects don’t have a degree of overlap, you can end up not working for weeks sometimes even months or in the worst case end up being let go entirely.

These are just all things to bear in mind when applying for such a position, but they won’t all be true in every case or company of course.

Was it worth it?

For me personally, yes. It was the only plausible way I myself was going to be able to get into the video game industry as I don’t have any relevant skills. I’m not that great at Photoshop, I don’t know any coding languages like Python or C++, so there was absolutely no way I would be able to break in on that front.

It’s allowed me to move around in the industry into a different role, and I think it’s a great way for “normal” people to enter into the industry on the ground floor, as it were.

« How to use PWA in Magento 2?
Why You Should Use a Guest Posting Service »