Getting Started With Performance Testing For UI Heavy Applications

In the world of online apps and websites, UI stands for user interface and makes reference to the graphical layout that users see when they access the app. In short, when you visit a website, the elements you can see in the header, navigation menus, body, and footer are all part of the UI. 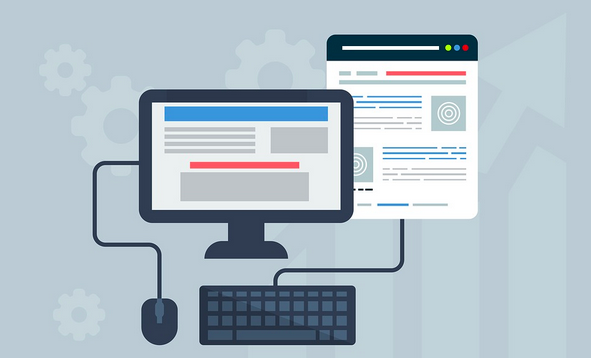 These elements can be anything from actionable buttons to text and images. Put together, they create a visual interface that the user can see and understand in the first few seconds. In the development process, the interface is created by UI designers. Their job is to decide what face the app will have in order to make it easy to use by any type of visitor.

Once developers and UI designers are done with their part of the job, the app moves forward for testing. This means, in broad terms, that the user interface and the app’s functionality will be checked for bugs and errors before being released to the public.

Since the testing process is an important part of creating a successful product, let’s have a quick look at the types of tests that are usually run to assess the viability of a UI and the tools that are most commonly used.

Types of Tests for the User Interface

In general, when testing a user interface, you have to pay attention to two main aspects:

As a result, the visual aspect of the interface, which is the first point of contact with a possible customer, remains unchecked. So, one way to eliminate the risk of visual errors is to combine automated and manual testing for the same app.

Luckily, the market doesn’t lack variety when it comes to UI testing tools. Many are designed to consider different types of user interfaces (command-line vs. graphical) and also focus on usability.

However, not all testing tools consider all the aspects of an app, especially if the app has a graphical interface. In this case, your best bet, as a developer, is to find the best UI performance testing tools that see the app from both a visual and a functional point of view.

Overall, the best testing tool is the one that tests the app’s functionality (how it responds to user actions that come via different input devices), graphics (how visual elements are displayed), and usability.

When testing the performance of an app (performance testing), you also need to consider the usefulness of this product for the end user. Does the app help the user achieve their goal? Is the app easy-to-use and understandable? Are there any confusing sections that can create a bottleneck?

As you can see, these questions are user-oriented. After all, most businesses use mobile apps, plugins, and other types of web applications as a means to expand their market reach. So, if they don’t understand their target audience, it will be quite difficult to test for usability.

Most apps nowadays have a graphic user interface (GUI) that requires different types of testing. But, if you want your app to succeed, you have to think about the end user first. Therefore, the best way to cover all your bases is to perform several UI tests plus usability tests before launching a new product on the market.

This site uses Akismet to reduce spam. Learn how your comment data is processed.