If you are a designer and are looking for recommendations on which conferences to attend for UK or UI design, you’ve come to the right place. In this article we are going to be showing you the seven best conferences for you, from a designer’s perspective.

These conferences are held worldwide, therefore it is advised to plan in advance and book early to make both travel arrangements and book accommodation.

Many designers have attended this event in March 2014, and have found it very interesting and inspiring to further extend their product design and service knowledge. Workshops were held to practice UX skills, also extending further on marketing, business, design and research. Talks from the professionals included Bill Derouchey, Kin Goodwin, Jim Hudson David Malouf, Marc Retig and Samantha Soma

As of this writing, this event is yet to take place in October 2014 and will be held over 2 days. There’s been quite a bit of discussion in the designer and developer community regarding Push Conference. This event attracts creative and talented coders; it’s also a must for technologists to attend. There will be talks carried out with professionals such as virtual reality researcher Josh carpenter, motion code magician Marcus Eckert, experienced researcher Razan Sadeq and more.

Future dates have not been specified yet for this event, however the last event was held in April 2013. Many attendees highly recommend UX London as they gained a great deal from brushing up their UX skill in the 3 days of workshops provided.  Inspiration, skills development and education were the three main focal points. Talks were held by many talented professionals such as Alan Smith, co-founder of Strategyzer, and the Business Model Generation book, Danny Bluestone – founder and Managing Director of Cyber-Duck, web therapist Lisa Welchman and a whole lot more. 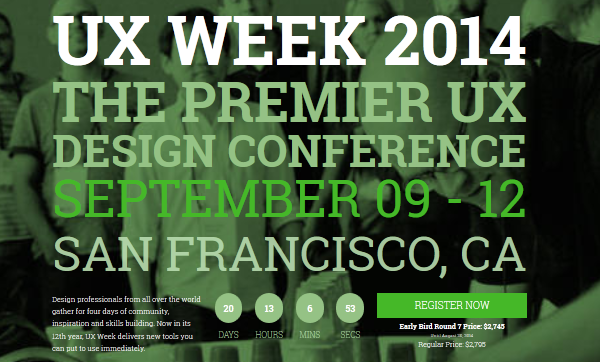 Many designers speak well of this event which was last held in September 2014. And is due to take place in September 2014 with four fun-packed days of skill sharing, with designers and coders attending from around the globe, introducing new tools and workshops to sharpen your skills.  Speakers such as Doug Vakoch who is the Director of Interstellar Message Composition from
SETI Institute, Jesse James Garret – a chief creative officer from Adaptive Path, Karina Van Schaardenburg- a UX research lead from Foursquare and more. 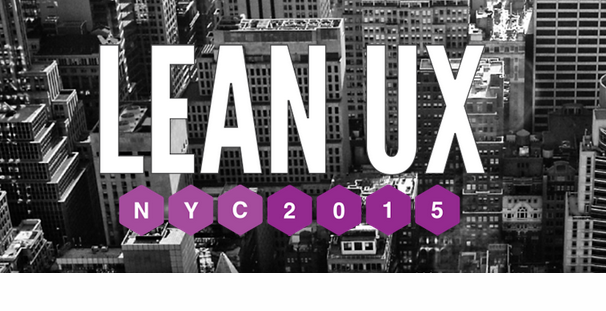 Lean UX New York has been highly recommended by many in the UX community, which is why I have listed it here. It last ran in April 2014 and is due to run again on April 2015, so book early to avoid disappointment. Here you’ll meet great design teams, design orgaizations, the “leading minds” to incorporate Lean start-up, business growth and design thinking. There is definitely and organised approach to these topics, for instance from learning the fundamentals of LeanUX, marketing , measurement and metrics to deconstructing cybernetics and a whole lot more. Many experienced speakers there too. See more information at their website. 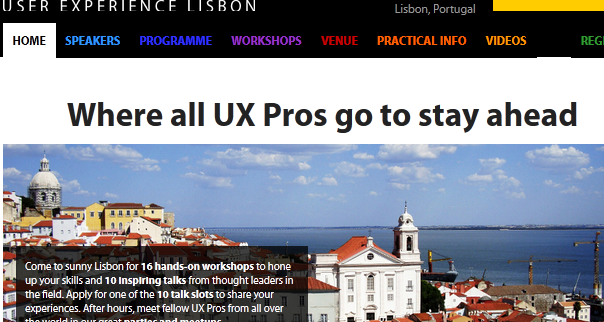 UX-LX is yet another fantastic venue to attend. It last ran in June 2014 over three fun-packed days of learning. It will be running again next year, June 2015. It offers 10 inspirational talks and 16 practical workshops offered in detail to brush up your design skills, and a whole lot of other areas such as collaborative research and strategy workshops. Speakers such as Jim Kalbach- Principal UX Designer with Citrix Online and designer Dan Rubin are amongst many other professionals sharing their wealth of knowledge at this event. 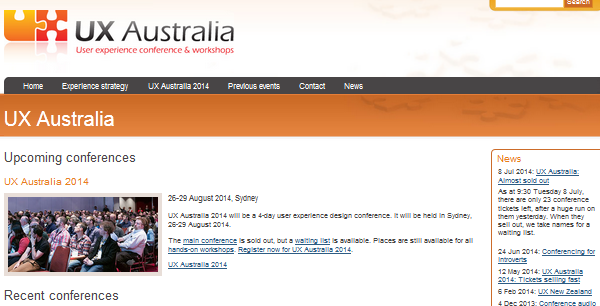 UX Australia runs over 4 days, full of informative talks and workshops. It last ran in August 2013 and is due to run again 26-27th August 2014. This venue is excellent for any designers, information architects, usability engineers and the like, where it is regarded as a community event, like the others mention previously, not just for learning but to socialize and find common ground to work well with one another. Read more on their website to learn about who will be there.