The Importance of Animation in the Digital World

Animation is a universal language and has the power to connect cultures across the globe. Animation can be used to tell a story, educate, or entertain. It’s been around since the early 20th century but with the advent of digital animation, it has grown into an essential part of communication in today’s world. Here are six of the main reasons why animation is so important in the digital world.

Animation can be used to create a distinctive look and feel for a brand. It can also help a brand to stand out from its competitors by creating an emotional connection with its audience. Animation can also be used to tell a brand’s story in a way that is both engaging and memorable. You can learn more about this from the animation specialists at https://www.wearefrantic.com/ and see how animation can help your brand if you have your own business. Additionally, good animation in content marketing can help to increase engagement, capture attention, and convey complex messages.

Its Importance in Social Media

Animations are often used on social media to gain more followers and for brands to be more interesting in a concise and visually appealing way. They can also be used to create shareable content that is more likely to be seen and shared by a wider audience. Good social media animations are usually short, creative, and relevant to the platform on which they are being shared. For example, Instagram is a great platform for sharing creative and fun animated content. Reels have become popular on Instagram even more than stories since they offer a more polished and engaging way to consume content.

Its Importance for Education

Animation can be used to explain complex concepts in a way that is easy to understand. It can also be used to engage learners of all ages and help them to retain information. Good educational animations are usually clear, concise, and visually appealing. They can also be used to complement traditional teaching methods such as lectures and textbooks. Also, if you want to learn more about a certain topic, many great animated explainer videos on YouTube can help you to understand it better. It’s hard to learn animation if you don’t have a background in art or graphic design, however, there are plenty of courses you can try out.

Its Importance for Games and Gamers

Video games are one of the most popular forms of entertainment in the world and they would not be possible without animation. Games rely on animation to create realistic characters and environments. Good game animation can make a big difference to the player’s experience and can help to immerse them in the game’s world. Gamers are also increasingly becoming interested in watching gaming animations or “machinima” which are created using game engines such as Unity or Unreal Engine. Additionally, esports is a rapidly growing industry and animation plays a big role in this too.

Its Importance for Films and TV

Animation is an essential part of many films and TV shows. It can be used to create special effects, realistic characters, or entire worlds that would not be possible with live-action filming. Many popular films such as Avatar, The Lion King, and Toy Story would not have been possible without animation. Animation is also increasingly being used in live-action films to complement special effects. Additionally, a lot of TV shows now use animation to create the opening credits, title sequence, or interstitials. And, of course, animated films and TV shows are enjoyed by people of all ages all over the world.

Its Importance for the Future

Animation is an essential part of the digital world and its importance is only going to grow in the future. As technology advances, animations will become more realistic and easier to create. This will open up new opportunities for animators to tell stories and engage audiences in new and exciting ways. Additionally, as more people around the world gain access to high-speed internet, they will be able to watch and share animation from anywhere in the world. In the future, there might even be a whole new generation of animators who are inspired by the work that is being created today. 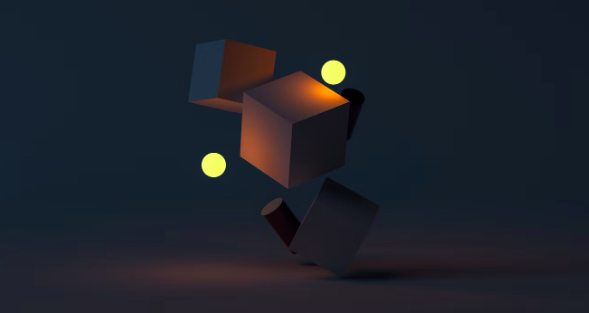 So, there you have it! These are just some of the reasons why animation is so important in the digital world. From education to entertainment, animation plays a vital role in many aspects of our lives. If you’re thinking about using animation in your content marketing, make sure to seek help from a professional. They can help you to create animations that are both creative and effective.