Organizations frequently use containers to release applications due to how it’s incredibly efficient. The increased popularity of Kubernetes has been a big factor in why companies choose to use containers.

However, if your container security isn’t tight from the very beginning, you could be leaving your application exposed to a lot of threats. Breaches in container security can lead to hackers gaining access to sensitive data that could leave your organization in a bad position.

This post covers some of the main types of container security threats involved. After reading this article, you’ll have a better sense of what these threats involve so that you can better protect your company from hackers. 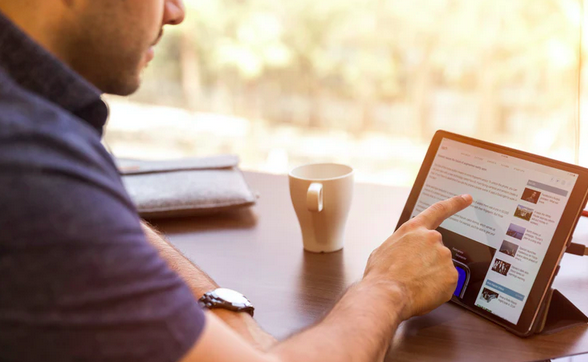 Container images that have weak spots can lead to several security problems. Hackers could exploit container image vulnerabilities and send in malware. This malware can spread throughout your system and if it isn’t detected early enough, it can cause major issues.

Recently, it has become common for malware to be sent into docker images and it has caused serious security issues. Therefore, it’s important for your company to keep container images secure to make it more difficult for hackers to send harmful malware into your system.

IT security teams know all about weak authentication and it can lead to cybercriminals gaining access to important processes. This can involve attackers being given total access to container deployment which can lead to serious implications that are sometimes irreversible.

This ensures that only authenticated users can have access to the system. Putting these measures in place allows identification verifications to be carried out which hackers will have a hard time getting past.

If there are no passwords and authentication processes in place, it leaves container images unconfigured. As a result, hackers are given easy access to taking control of the system.

It’s important to give your developers a clear understanding of good code practices to put in place. This ensures that they make fewer mistakes whilst coding and are always checking to ensure that their code is secure.

Unsecured code can create vulnerabilities when applications are being run which provides hackers with the opportunity to use cross-site scripting and SQL injection as methods to exploit your system.

Therefore, developers should always ensure that the code they’re writing is secure at every stage of the process. If there are security issues within the code, teams can work to remediate them before moving onto the next part of the project.

Container run times that include vulnerabilities are common areas for hackers to attack. In some cases, hackers are able to completely overrule host libraries by exploiting containers and giving themselves access to the hosts.

An attack like this can be tough for organizations to come back from due to the amount of control that it grants hackers. They can gain access to sensitive information and cause problems that can’t be fixed. So, keeping your container runtimes secure is super important.

Container pods that are isolated are still able to communicate with other containers through your network. If these container pods contain vulnerabilities, it can provide hackers with a chance to send malware into the network that can spread via the pod’s communications.

This kind of security threat can be difficult to detect without strong network policies in place. Container pods and Kubernetes can be scaled to a large extent which is what makes network attacks challenging to detect.

However, having the right network policies and security measures put in place can help to reduce the chances of these attacks being successful. This also goes for containers that are connected to the internet.

If they successfully infiltrate a vulnerability in privileged containers, they can cause a lot of damage and steal sensitive data that can leave organizations in a place that they can’t come back from.

Therefore, privileged containers must remain secure and always be monitored for new vulnerabilities. This makes it more manageable for developers to keep on top of security risks so that they can work efficiently to fix issues and move on.

Some organizations also choose not to run privileged containers altogether to avoid this problem.

Containers can have incredibly short lifespans and keeping track of monitoring them can be difficult. The turnover involved with containers can make it challenging to monitor all the different kinds of processes that are being used.

Throughout all of these processes going on at once, there’s a chance for malicious content to be sent into these processes. Since they’re difficult to keep track of, this could lead to malicious processes being involved with your containers which can cause undetected security breaches.

An effective way to deal with this issue is to only run a limited number of processes at once. This enables security teams and developers to have a clear idea about which processes are being run so that they can properly monitor them for malicious content.

Keeping your containers secured can be a challenge but it’s absolutely necessary to prevent disaster. Developers can keep themselves a step ahead of hackers by understanding more about the ways in which they conduct their attacks.

This post covered some of the most common ways that cybercriminals hack into a system through containers. Now that you have a better idea about what areas are commonly targeted and how hackers exploit them, you can be sure to focus on keeping these elements secure.