As a user interface (UI) designer, you have to create interfaces that provide the end-user with the experience as ideally as possible. And it’s not always simple to do these days because users are pretty picky and spoiled. Luckily, some nearly universal rules can help you. Below is a list of what seems to be effective UI design tips that can help you enhance any of your design projects. 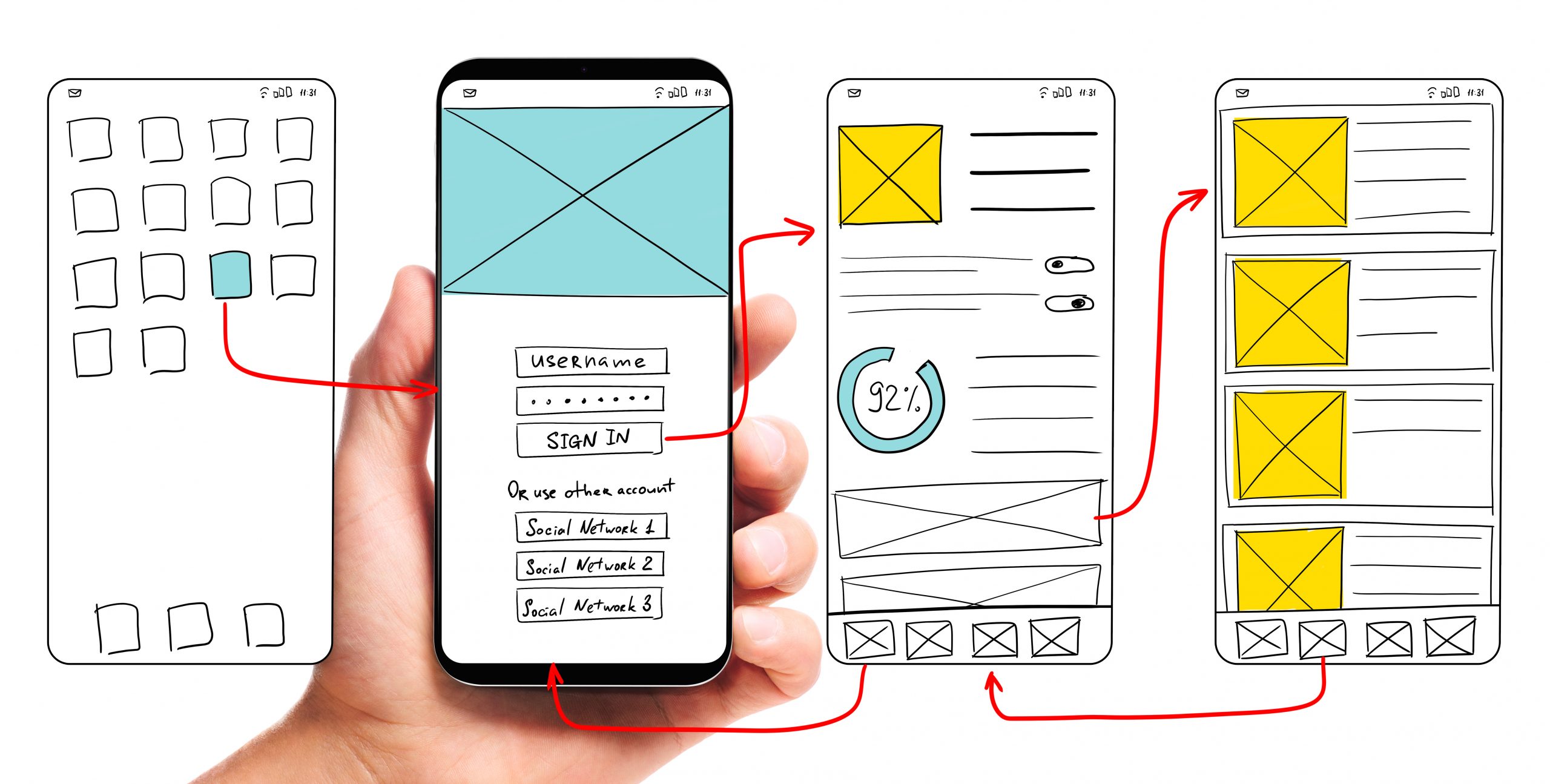 Assuring that your UI works consistently across the spectrum of your entire product is just as important as the placement of features in it. The navigational tools should be in a consistent spot (typically at the top of the page). The screen items should be static across various pages and not rearranged upon refresh, and any contact forms under blog posts that exist on one entry should not be missing from another. While the page’s content changes, its appearance should remain consistent with keeping users from being thrown off and confused.

Consistency in navigation tools, icons, and forms also extends to the pages’ design and the font used across different pages on a site. When a user moves from one page to the next, there should be no jarring alterations in the presented text or the overall site appearance. This is aligned with the “principle of least surprise,” which states that if a user sees what they expect to see consistently, they find the product to be more intuitive.

The platform used for a product is another important consideration. iOS and Android platforms often have different needs and requirements for a consistently rendered and functional UI. On top of that, sites accessed from a desktop will have different menus, galleries, and e-commerce; even the checkouts will have different needs and requirements. However, as long as you remain consistent across your platforms, you will not have your users frustrated by constantly figuring out what they need to do.

Users want to feel informed about the results of the actions they take. For instance, if they click a button, there should be an indication of the button being pressed. An experienced UI design firm would recommend animating the controller to simulate it being depressed when connected or loading an icon indicating to the user that their action was registered.

If your product involves file uploads, users should be provided a progress bar that indicates either how much of the upload has been completed and/or how much time remains until the upload is fully accomplished. Suppose the user acts, and there is no indication that anything is occurring. In that case, the user will feel confused and frustrated with your product if they do not think their action accomplished anything. Even if the acknowledgment is subtle or minor, it is better than no reaction to the action at all. Avoiding something so little as a lack of an action indicator can significantly improve the user’s experience.

Influential UI Design Tip #3: You Decide How Users Will Interact

Imagine for a moment that you are passing through a set of doors to enter a building. To enter the doors, you need to pull them open. Then you come to another set of doors and try removing it, but the doors won’t budge. You keep pulling and yanking on them until you finally push against them to have them open. Two adjacent doorways, each requiring an opposite type of interface interaction. No one would fault you for feeling frustrated with the building’s design in this situation.

Now imagine pressing an elevator button that does not light, does not depress, and makes no sound. How do you know to recognize that the button triggered any action? As users wait for a response in these situations, they will be justly annoyed at the lack of acknowledgment of their efforts. Designers of digital products should take a hard lesson away from such mistakes. First, it’s vital to acknowledge your users’ actions. Secondly, if some aspects in your interface behave a certain way, stick to those actions consistently to not have your users feel lost and annoyed.

When designing your particular UI, you should settle on a consistent set of actions. Perhaps you will leverage taps, icons, gestures, menus, swipes, or voice commands as Siri and Alexa do. Whatever methods you choose, the techniques and UI interactions are centered around the same type of input. The apps and UI interfaces that succeed the most layout how their users should operate around them intuitively and right from the onset. Designers were clear about what the user’s role is in the interaction. Therefore the position was clear. If you do the same for your users, you are more likely to be successful.

Whether its element placement or icons, any standard that works well for a site does not need to be redone; sometimes, designers try too hard to apply a facelift, disrupting the means that users are familiar with. The moral here is, don’t fix something that is not broken. Users should be able to understand your product’s functions intuitively. For instance, question marks indicate help resources, so no need to change it to an exclamation point. Users who use mobile devices are accustomed to hamburger menus, so there is no need to throw open a grid. The standards, in this sense, are tried and true, and altering them only leads to confusion.

Take search bars as an example. They are almost always found in a few places on a website: end of the header menu, top of the sidebar, or near the page’s header. This is for a good reason: including search bars at the bottom of the page will result in many users not knowing where it is and not finding it. You may even be using a looking glass icon to indicate a search field, but it won’t be helpful if your users don’t know where to actually locate it.

Of course, this is in no way an attempt to stunt innovation. If there is a better way to do something, it should undoubtedly be experimented with. The key is that any changes need to be made, and standards need to be foregone only when the innovation makes the product easier to use and more intuitive.

Humans have an innate sense of hierarchical logic. It’s embedded in our primal nature. We inherently enjoy an order when things are ranked from most to least important. This is an important principle to keep in mind when designing apps or web pages. The hierarchical representation affects how a user sees the page, interacts with it, and utilizes its functionality. Therefore, a hierarchical descent down the page leads the users through their journey very organically.

Certain aspects indicate hierarchy on an intuitive level. Colors, contrast, a descent from large objects to smaller ones are all examples of naturally hierarchical effects. The goal of such a hierarchical structure is to lead the users sensibly through the site. It is also essential to steer free of clutter and focus on the power of whitespaces, well-defined elements, and clean lines to derive an effective presentation.

Too much on the page tends to draw the user’s attention away in every direction, distracting them from the progression through the user journey that you had anticipated for them. The pages must “flow.” Strictly based on human nature, we like when things move from top-down or left to right, which is essential for clarity in contemporary design.

Effective UI Design Tip #6: Let The User Be In Control

Last but certainly not least is the idea of granting users control of their journey, while your design serves as your guide. As a designer, your goal is to empower users and encourage them to take the actions they feel they want to take. When users feel safe and unconstrained, they are more likely to interact with the product more extensively. To accomplish this, we need to concentrate on two primary areas: context and permission.

Contextualization should be applied in that any element that a user wants to interact with should be adjacent or nearby the area in which the user will want to perform the actionable function. In other words, if the user needs to edit a post, then the save, edit, publish, and preview buttons should all reside near each other. In general, contextually any related menu options should consistently remain in a similar place across pages. That way, users inherently know where to expect the options to reside should they need to use them.

Another vital UI aspect is assuring users that they can always revert any action they have taken. Again, the designer’s goal should be to promote the freedom for users to take the steps they need, including undoing some of the actions they may have performed in error or reconsidered. This is less complicated than it may sound. For instance, a cancel button functionality that exists on e-commerce shopping pages or an undo function that will ease the users’ hesitation to experiment with different elements at the site can help the user feel safer about making decisions and changes. A historical log or audit of changes made is also a potent motivator to use the product with the comfort of knowing that any changes can be undone, and a reversal to an older version the user liked better is possible.

If you have read this far, you have just received many great tips about creating effective UI designs. Remember that the better your UI, the more users are likely to have a good user experience. After all, that is the goal of any interface worth its weight in gold!

This site uses Akismet to reduce spam. Learn how your comment data is processed.

« The Importance of Website Branding
The Keys to Digital Marketing Success: 6 Insider Secrets »